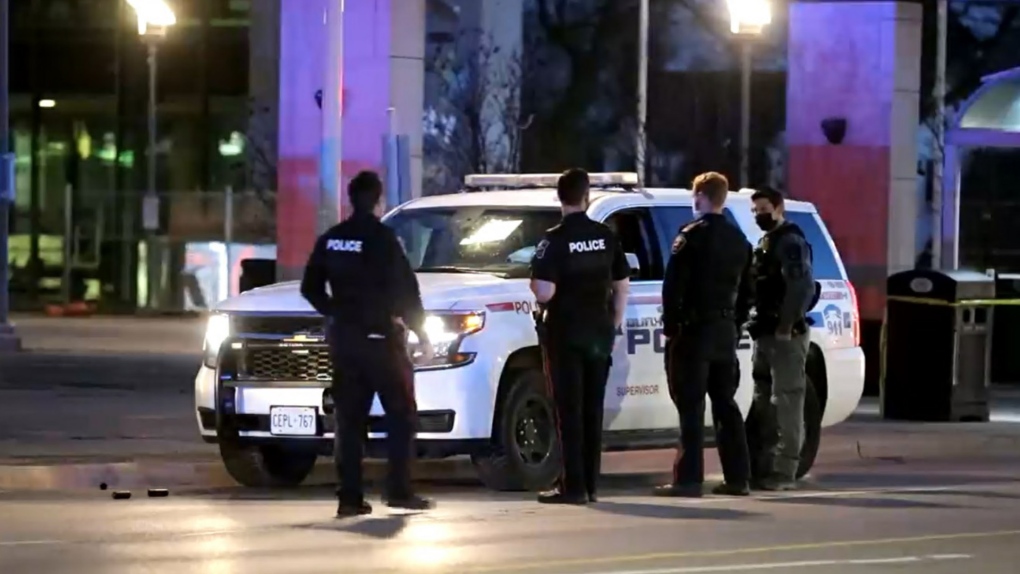 TORONTO -- The province’s Special Investigations Unit (SIU) is probing the circumstances that led to a police officer firing a less-lethal plastic projectile at a woman outside a library in Whitby on Saturday night.

Durham Regional Police say that at 6:40 p.m. Saturday, they were called to Dundas Street, between Euclid and Kent streets, for reports of a person in crisis in the area.

The SIU says officers found the woman near a Whitby Public Library branch.

There was some sort of interaction between the woman and officers and one officer carrying an Anti-Riot Weapon Enfield (ARWEN) fired a plastic projectile her.

She did not sustain a serious injury but was taken to hospital for an assessment.

The ARWEN is a wide-barreled projectile launcher that fires a variety of 37mm rounds and is fed with a revolving drum.

The plastic projectiles leave its barrel travelling at between 50 and 75 metres per second.

Though intended not to be a lethal weapon, it is technically is considered a firearm under the Criminal Code as it has the capability “of causing serious bodily injury or death to a person” in some circumstances.