The SIU said that the incident happened around 1:30 a.m. after officers spotted a car which they believed to be stolen in the area of Vanauley Street and Queen Street West.

According to preliminary information, the vehicle turned north onto Vanauley Street and then east into a laneway.

The driver of the suspected stolen vehicle then made a U-turn in the laneway and became involved in a collision with the police cruiser.

In a news release isssued Sunday, the SIU said there was an interaction and one of the officers discharged his firearm multiple times. The 43-year-old suspect was struck one time.

The man attempted to flee on foot, but was then apprehended by police. He was transported to hospital for treatment for his gunshot wound. 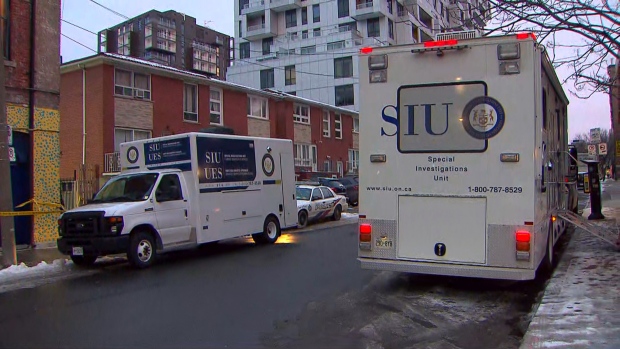 The SIU said four investigators, two forensic investigators and one collision reconstructionist have been assigned to the case. One subject officer and five witness officers have also been designated.

SIU has assigned 4 investigators, 2 FIs and 1 collision reconstructionist to investigate after a 43yo man was shot by a police officer today in the area of Vanauley and Queen in Toronto. https://t.co/iKaafWX02O