Two sisters adopted into separate families have found each other after 35 years of separation.

While Ashleigh Brown and Laurinda Collado were both born in the Dominican Republic to the same biological parents, they were adopted into two separate families located in different countries.

When Collado was five months old, she was adopted and raised as an only child in the U.S. Two years later, her sister Brown was born and adopted into a family at six weeks old in Barbados. They later moved to Niagara Falls, Ont.

The sisters were made aware of each other’s existence as teenagers, but had no clue where the other was. Collado said they spent years searching for each other.

“Ever since I was made aware of her existence, I was immediately on the search, trying to go on adoption websites and anything I could to try and find her,” she told CP24 on Friday. “I spent about 17 years trying to find her.”

It wasn’t until MyHeritage.com launched a new initiative called “DNA Quest” when the search took a turn. The program aimed to reunite adoptees with their biological family via a free at-home DNA test. 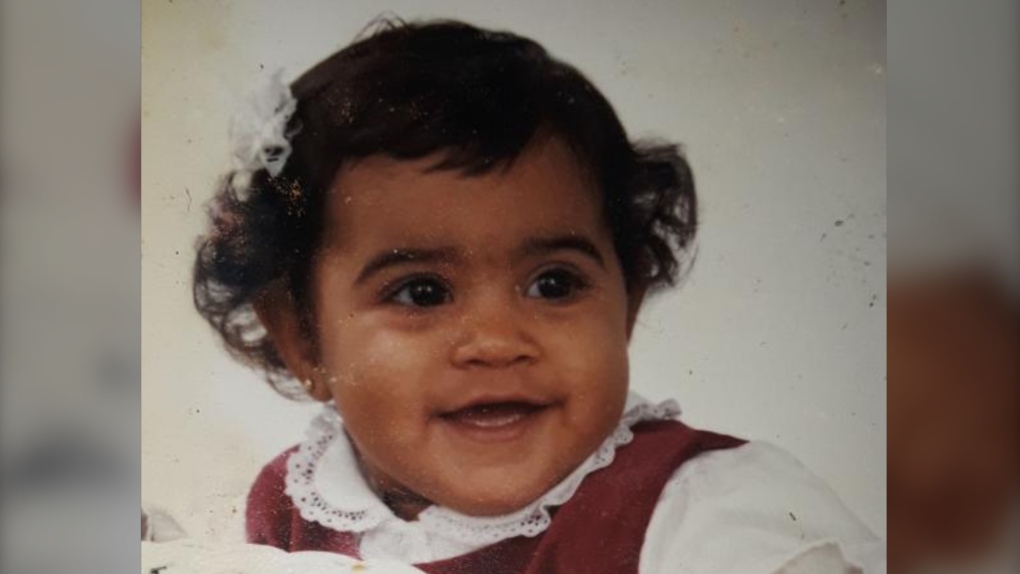 Laurinda Collado, who was separated from her sister for 35 years, can be seen in this photo when she was a child. (Supplied)

“I wrote them my story and I was chosen and they sent me a DNA test back and I had a few hits and then one day someone popped up and it said it could have been my sister or my aunt,” Brown said, while siting next to Collado at her Niagara Falls home.

“It was absolutely incredible. It was very surreal. A lot of tears of joy and disbelief. It was just it was so remarkable being able to, even before we met in person, just to go over the same things that we have in common,” Collado added. 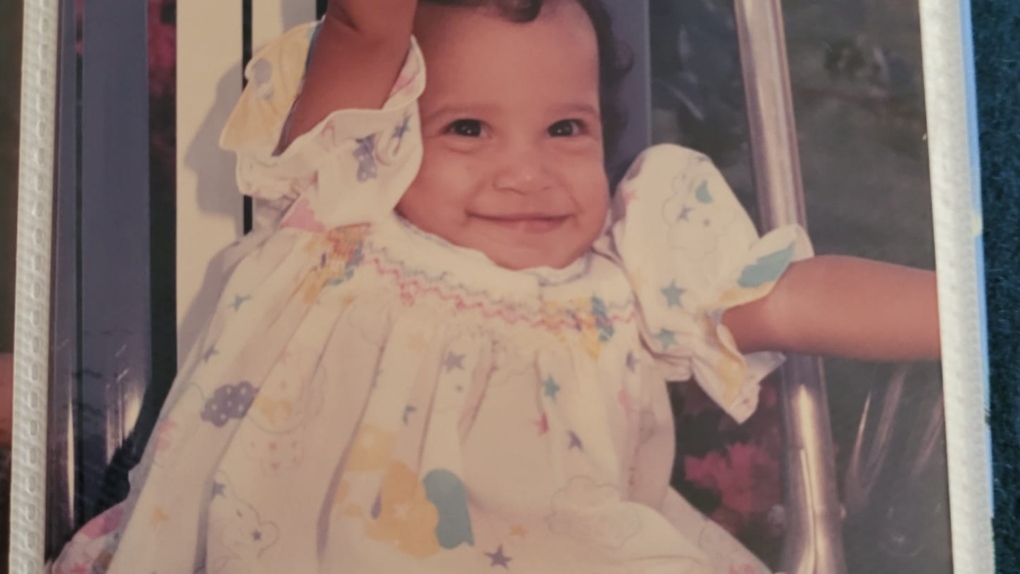 Ashleigh Brown, who was separated from her sister for 35 years, can be seen in this photo when she was a child. (Supplied)

The sisters spent months speaking to each other over the phone and social media, and then eventually met in person in Niagara Falls three years ago. They are currently meeting for the second time in person following the COVID-19 pandemic.

“It's a long time coming for sure. We talk every day via video chat and to finally be able to be sitting next to her and touch her and see her, it's a great feeling,” Collado said.

“We've really developed such an incredible strong bond over the three years that we've known each other now and we're like best friends.” 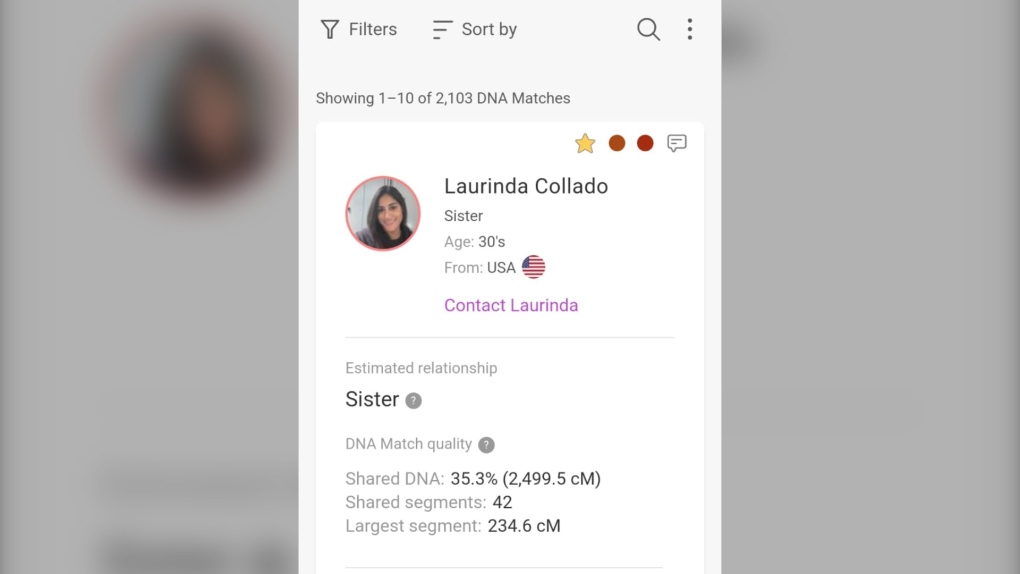 MyHeritage.com launched an initiative to reunite adoptees with their biological family via a free at-home DNA test.

Collado, who had been searching for her biological family for a while now, had actually found all of the members before finding Brown. She said she was able to introduce Brown to their biological father, grandmother, two more brothers, a sister and a half brother all living in the Dominican Republic.

Their biological mother had passed away six months before the sisters reunited. Their father recently passed away. The sisters said the loss of their parents has brought the two sisters even closer together. 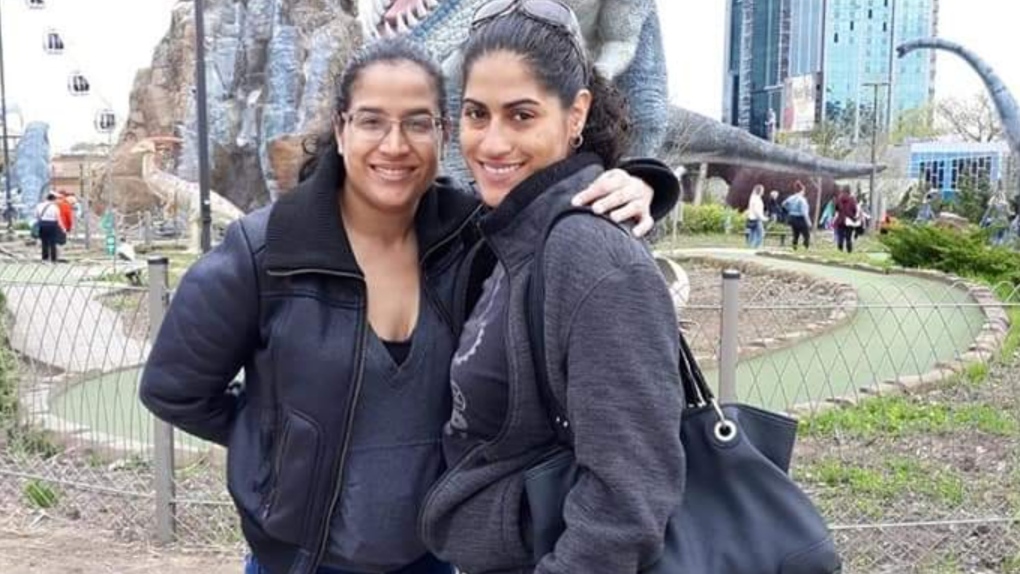 “It feels like a dream come true. It really does. Growing up and knowing that you have a sibling out there, especially in my case, since I grew up as an only child, I really had that extra longing to try and find her,” Collado said.

“It's just an absolutely amazing feeling. I still pinch myself every day. I catch myself just staring at her and feeling like I can't believe I'm finally looking at her.”