The calendar says early November, but southern Ontario is forecast to be slammed with a mid-winter-style snow storm on Monday.

Environment Canada has expanded a special weather statement to include the City of Toronto.

Snowfall accumulations of 10cm to 15cm will be possible in Toronto by the time the snow ends late Monday night, Environment Canada said.

Here's a list of school bus closures across southern Ontario. 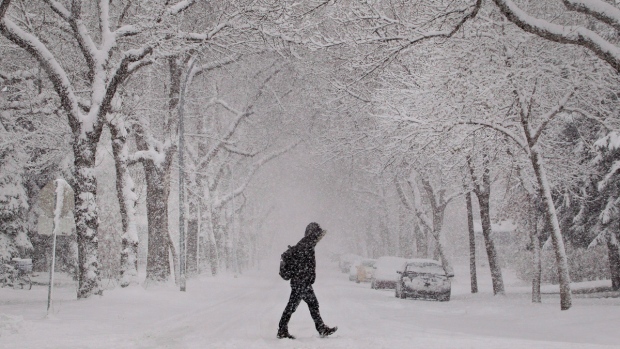 Areas to the west of Toronto and around the Golden Horseshoe could be hit even harder.

"This snowfall is due to a developing low pressure system which will track south of the lower Great Lakes on Monday," Environment Canada said in a statement.

"There remains some uncertainty regarding the track of the low, and the expected snowfall amounts."

Cities like Oakville, Burlington, Hamilton, Niagara Falls and St. Catharines could pick up 15 to 25 cm of snow, thanks to gusty northwest winds.

Travel is expected to be hazardous throughout the GTA, with the afternoon commute likely to be impacted. Enviornment Canada warns that conditions could change quickly.

Air travellers are being advised to check on the status of their flights before heading out the airport.