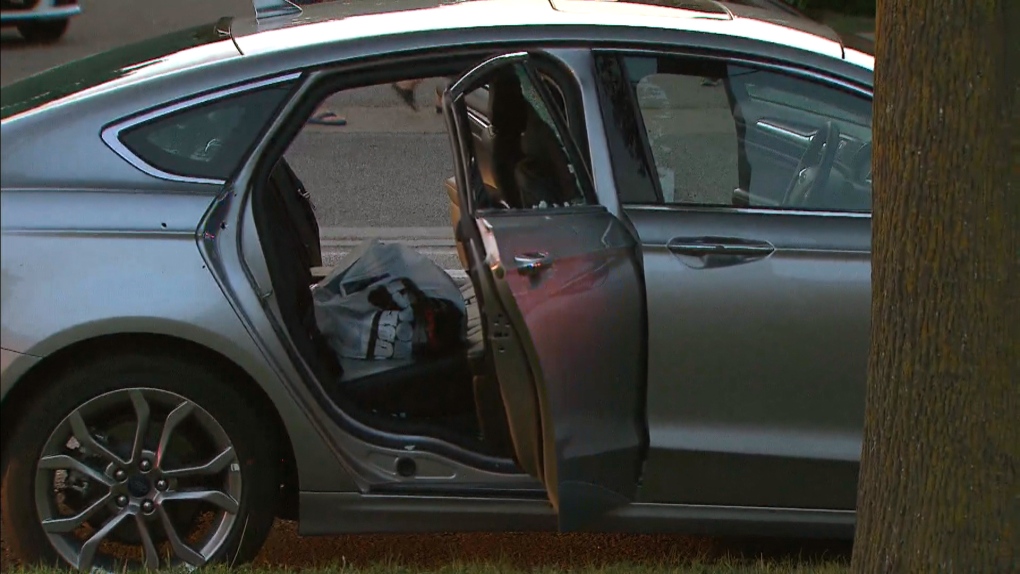 A silver Ford Fusion riddled with bullets is seen in the area of Sherway Drive and Dixie Road in Mississauga Monday August 10, 2020.

TORONTO -- A man is in hospital with serious injuries after shots were fired at a vehicle on the QEW Monday evening.

Peel Regional Paramedic Services said they were called to the area of Sherway Drive and Dixie Road in Mississauga at around 7:35 p.m.

A male victim was transported from the scene to a local hospital in serious, but non-life-threatening condition, according to paramedics.

A silver Ford Fusion riddled with bullets remained at the scene late Monday night, with the rear, passenger-side window blown out.

Peel Regional Police said they were called to the scene to assist by Ontario Provincial Police after a shooting took place on the highway.

OPP are investigating. No arrests have been announced and no suspect information has been released so far.