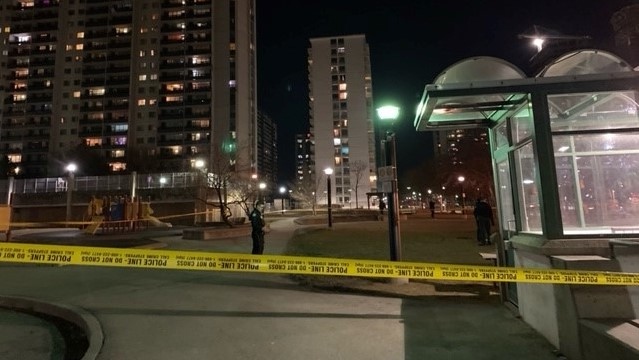 Toronto police investigating a shooting in the area of Bleecker and Welleslery streets.. (CP24/Marc Liverman)

A man in his 20s has been seriously injured in a shooting in St. James Town.

Emergency crews were called to Wellesley Street East and Bleecker Street, east of Sherbourne Street, around 8 p.m. Saturday for reports of shots fired.

When officers arrived, they located a man suffering from a gunshot wound to his lower extremities.

Toronto paramedics said he was taken to a trauma centre in serious but non-life-threatening condition.

The suspect fled the area on foot, police said. No description has been released.