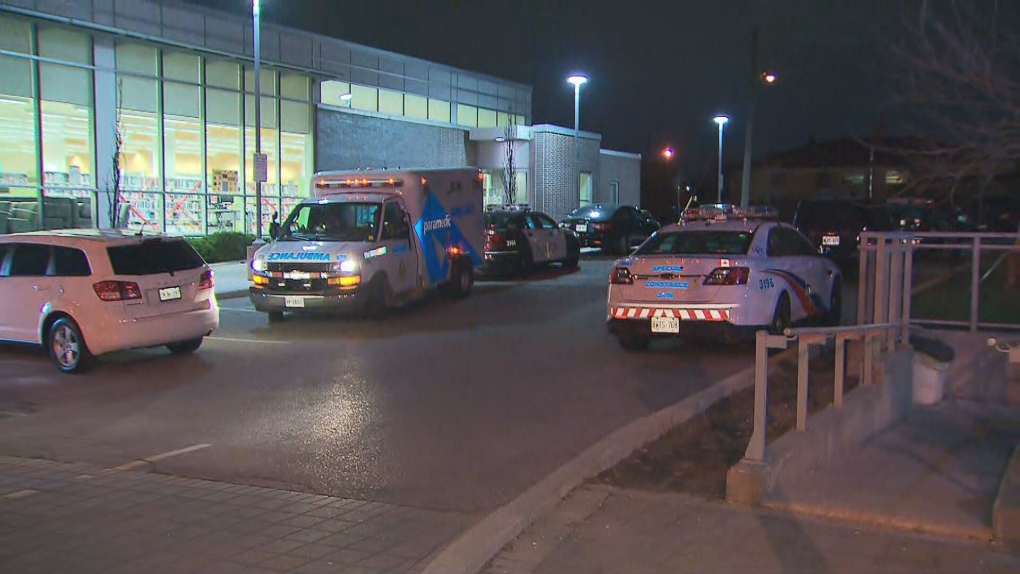 Police are investigating a shooting near Jane and Sheppard that sent one person to hospital.

TORONTO -- A 17-year-old boy is in hospital after being shot inside an apartment building in North York Wednesday evening.

Toronto police were called to the area of Jane Street and Sheppard Avenue West just before 9 p.m. for a shooting.

When officers arrived, they located the victim suffering from a gunshot wound to the chest.

He was rushed to a trauma centre with serious injuries. Speaking to reporters at the scene, Duty Insp. Michael Williams said the boy is in stable condition.

The victim and four other people, he said, were inside a unit when the shooting happened.

Williams said two of the four individuals are cooperating with the investigation while the other two are being sought by police as persons of interest. He noted that they are still trying to determine who the shooter is.

They are described as males, possibly in their teens or early 20s and wearing dark clothing. Williams said they left the building on foot.

"There is video that we're piecing together right now to try and come up with better descriptions," he said. "We're still trying to piece together a direction to travel from there."

All five are known to each other, Williams added.

When asked if the incident is gang-related, he said it is too early in the investigation to determine that.

"We're still looking into the backgrounds of everybody involved," Williams said. "That's something that they'll try and piece together as part of the investigation."

SHOOTING:
Jane St + Sheppard Av W
8:54pm
- reports someone has been shot
- police are on scene@TorontoMedics are o/s
- male victim has been located with a gunshot wound to the upper body, being transported to hospital by emergency run#GO687954
^lb