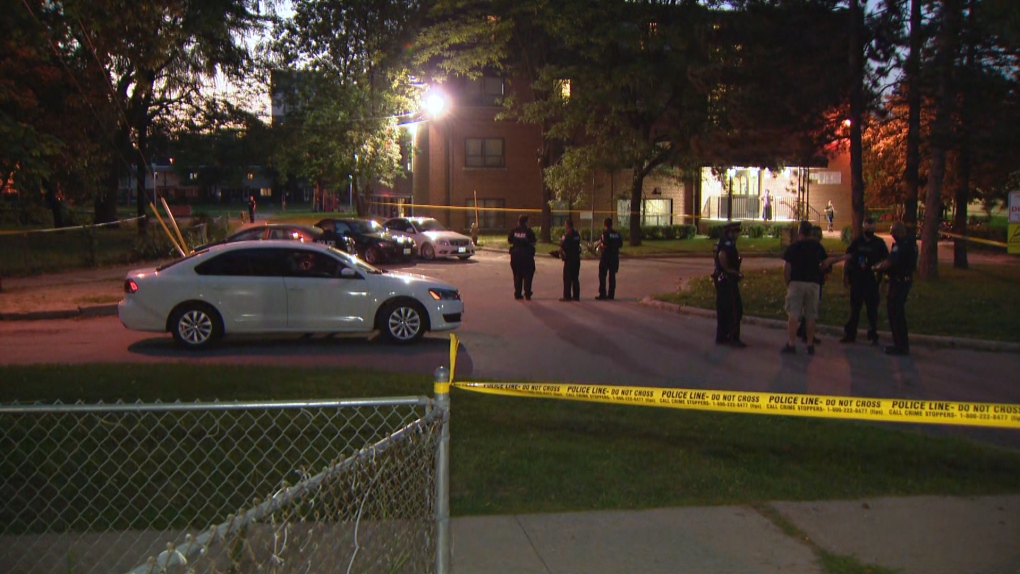 TORONTO -- A man in his 20s has been seriously injured in a shooting in the north-west end of Toronto on Thursday evening.

It happened near Amaranth Court and Flemington Road, west of Allen Road, shortly after 7 p.m.

Toronto police say they received reports of someone lying on the ground after getting shot.

Insp. Stacey Davis told reporters at the scene that officers located a victim suffering from gunshot wounds when they arrived at the scene.

He was transported to hospital in serious but non-life-threatening condition. Davis said the victim is expected to survive.

She said it is not known if the man resides in the area.

"There were several people that were running from the scene. Whether they were fleeing because of numerous gunshots that we're ringing out or whether it was a suspect, we are reviewing the video right now to determine what exactly took place after the shooting," Davis said.

Numerous shell casings have been found at the scene.

"At this time, it does look like there's more than one type of round," Davis said. "Whether or not that came from multiple suspects or whether it's the suspect and or the victim's, that's something that we're looking into."

Davis said they are searching for at least one suspect. There is no suspect description at this time.

Police are currently canvassing for witnesses and surveillance video in the neighbourhood.