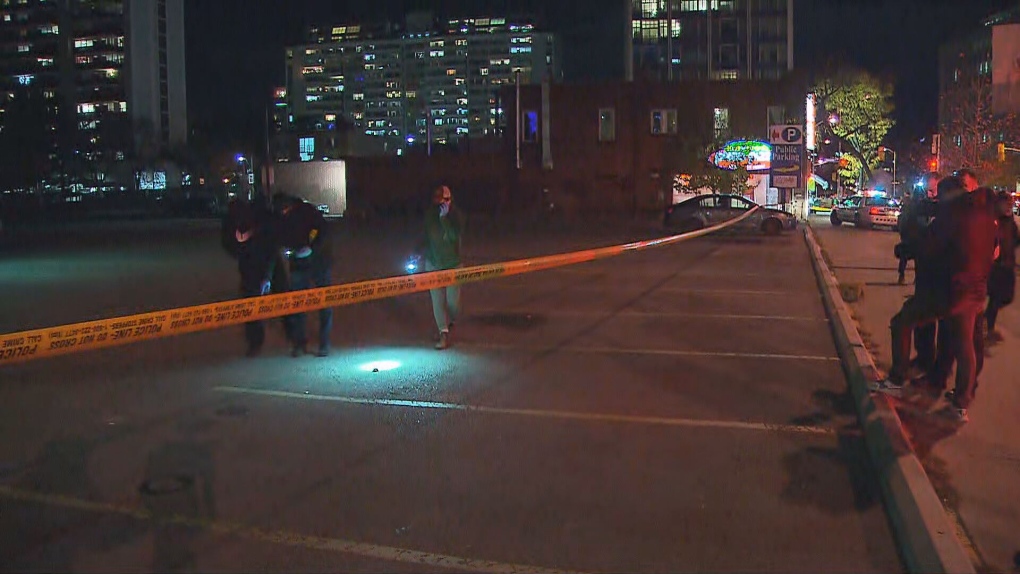 Toronto police are investigating a shooting near Yonge Street and Davisville Avenue.

A man in his 30s has been seriously injured in a shooting in midtown Toronto Saturday evening.

Police were called to a parking lot on Yonge Street, north of Davisville Avenue, shortly after 7 p.m. for reports of shots fired.

He was rushed to a hospital in serious condition.

Police are looking for three possible suspects – two were seen fleeing the area in a white sedan while the other left in a black SUV.

A woman who was driving in the area at the time of the incident told CP24 she heard three loud gunshots.

“I am not used to hearing anything like that down here, so I didn’t even realize they were gunshots at the time,” the woman said.

She noted that she also saw a man wearing dark clothes running away on Millwood.

After confirming it was a shooting, the woman said she immediately called the non-emergency line to report what she saw and came to the scene to share those details with police.