TORONTO -- A 14-year-old boy is in hospital after he was shot during an exchange of gunfire in Etobicoke Saturday afternoon.

Toronto police were called to the area of Lake Shore Boulevard West and Ninth Street, west of Islington Avenue, just before 6 p.m. for reports of shots fired.

Const. Laura Brabant said the boy was driving with his family in the area when gunfire erupted. Occupants of two other vehicles were shooting at each other.

A stray bullet struck the boy in the leg, Brabant said. 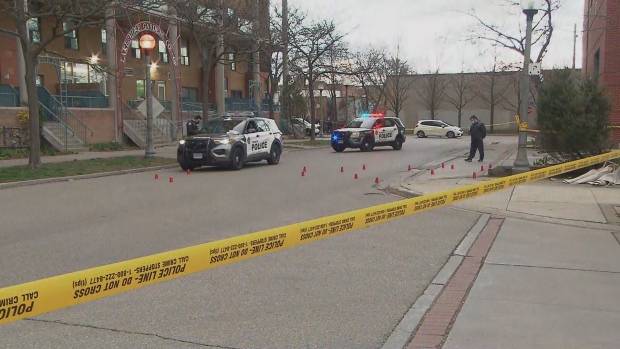 He was transported to a hospital with serious but non-life-threatening injuries.

Musah said the victim was an innocent bystander who "was not involved in the incident."

At the scene, a white vehicle with a bullet hole on the passenger side was located. Musah confirmed it belongs to the victim's family. 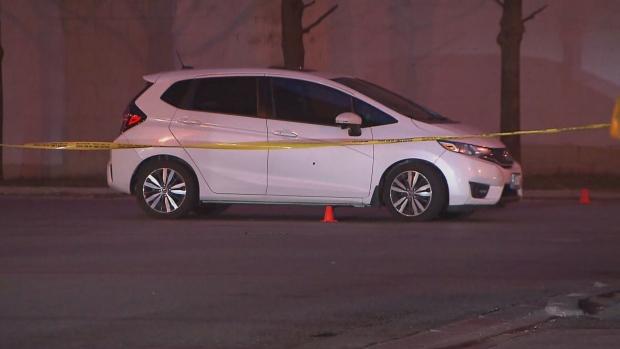 Before police arrived, the two vehicles involved in the shooting had fled the area. Musah said they are looking for multiple suspects, but no descriptions have been released.

"There's a lot of evidence here for officers to sift through and to go through. We will be collecting all of that evidence to sort of piece together what happened here this evening," Musah said.

Anyone with information is being asked to contact investigators at 22 Division or Crime Stoppers anonymously.