TORONTO -- Police say that a seven-year-old boy who was rushed to hospital with critical injuries after a shooting in Hamilton is now in stable condition.

The incident happened just before 8 p.m. Thursday at a residence on Gordon Street in the east-end of the city, according to police.

Deputy Chief Frank Bergen told reporters at the scene that the victim was struck by a shot that had come from outside of the home.

Police said that the victim was rushed to hospital in life-threatening condition, where his condition later stabilized. 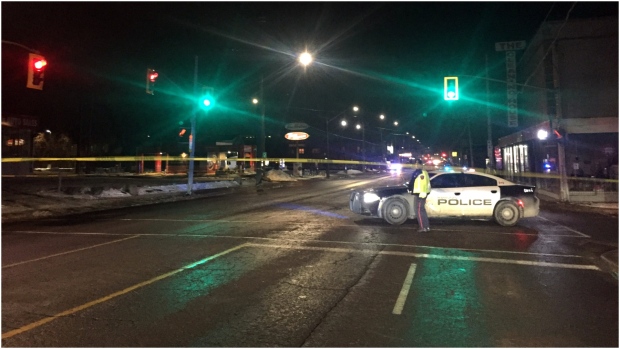 A description of a possible suspect or suspects has not been provided by police.

"This is unacceptable," Bergen said, adding that the boy is the city's first shooting victim of 2020.

Anyone with information is being asked to contact Hamilton Police.

Hamilton Police confirm that a 7-year-old child has been shot at an east end residence in #HamOnt. The child has been transported to hospital. There are no updates at this time. More to come.