A community in Scarborough gathered on Saturday afternoon to mourn the loss of a young girl who died after being hit by an air conditioning unit that fell off the side of a city-owned apartment building last week.

"She was our little angel," relative Qasem Afzali said, holding back tears while speaking to CTV News Toronto. "She was always smiling. She was very sweet, very loving."

Friends and family of Crystal Mirogho huddled around the makeshift memorial for the little girl where members of the community had left flowers, stuffed animals and pictures of the two year old.

Police were called to the apartment complex on Lawrence Avenue East, near Mossbank Drive, just before 4 p.m. on Monday for a report of an injured child.

When emergency crews arrived on the scene, they located a child who had sustained life-threatening injuries and rushed her to a trauma centre. The child later succumbed to her injuries in hospital.

In a statement released Tuesday, the family said they are struggling to cope with the tragedy.

"Our family has lost our precious baby girl Crystal. We are devastated," the statement from Slavko Ristich, the lawyer representing Crystal's family, reads.

"We would ask that through this difficult time, we be given the opportunity to grieve our loss privately. We wanted to thank the public for the outpouring of support for our family while we are struggling to cope this is [sic] tragedy," 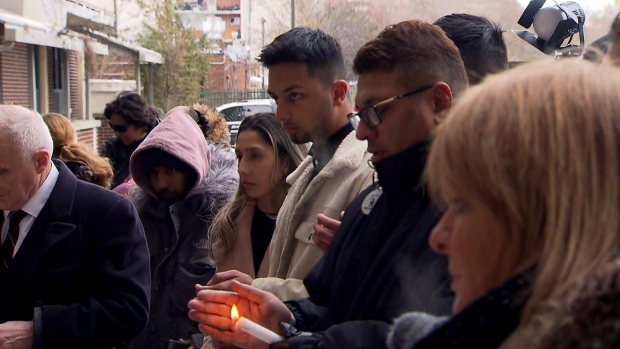 In 2007, a report commissioned by the Toronto Community Housing Corporation (TCHC) on replacing window air conditioner units inside city-owned buildings was released.

The report notes that of the more than 400 TCHC buildings with window air conditioners, many of the units are not properly installed and "pose a serious safety risk".

On Tuesday, a TCHC spokesperson said that in 2018 tenants could swap out their window-mounted units for floor models for free.

"It's a safety issue," TCHC spokesperson Bruce Malloch said, speaking to The Canadian Press. "A floor model will not fall out of a window and (they) are also more energy-efficient and that has a safety component as well - not to overload the wires."

Speaking to CTV News Toronto, the family’s lawyer Slavko Ristich said he and his legal team have already discovered a lot of “interesting materials” in the early stages of their investigation.

"If we find that the TCHC was negligent in terms of how they maintained these, how they installed them and how they supervised the building, then they could ultimately be responsible for any damages that the family may be entitled to.” 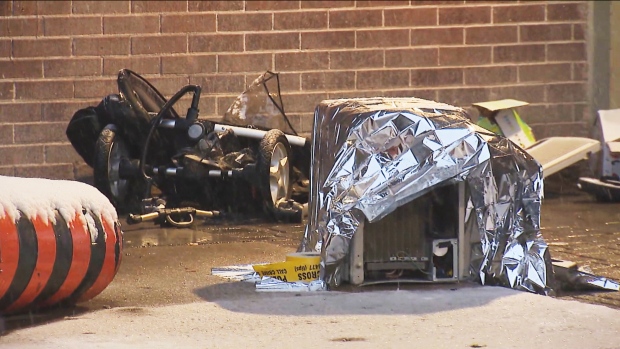