'She is not recognizable': Scarborough woman severely burned by ethanol-fueled device

Following revelations that decorative fire pots that use ethanol fuel are responsible for deaths and serious injuries, another family has come forward with the story of their loved one who was burned beyond recognition.

Cindy Iannucci was visiting with friends at a wine and cheese party in a Toronto backyard when she was struck by a fireball from an ethanol fueled device.

Her sister said that Cindy Iannucci has undergone emergency surgeries, multiple skin grafts and has been sedated for the past three weeks.

“She is not recognizable,” said Sharon Acorn. “The entire upper half of her body is severely burned and we are just taking it day by day.”

Cindy’s husband, Mike Iannucci, was alarmed when he heard that his wife was involved in a fire, but had no idea that she would be burned so severely within just seconds. 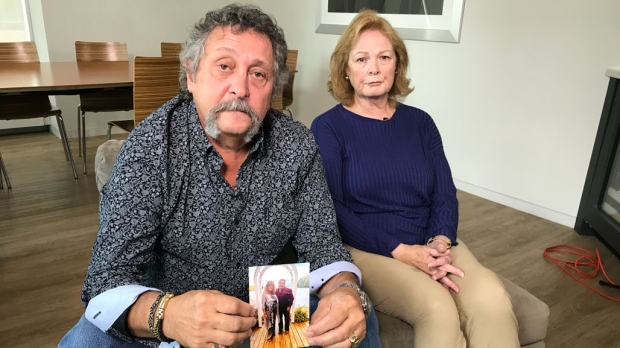 Mike Iannucci holds a photo of his wife, Cindy, while seated with his sister-in-law Sharon Acorn. (Pat Foran/CTV News Toronto)

“I know that there was an explosion at first. I had no idea what it was or how critical it was" Mike Iannucci said.

Since the Ontario Fire Marshal released a video showing what can go wrong when refueling an ethanol fire pot, families have been coming forward to CTV News Toronto to share their experiences.

When refueling the fire pots while they are still warm, there could be an invisible flame and if ethanol is poured into the device it creates a phenomenon called "flame jetting.” This is when fuel vapors ignite creating a flame that shoots out like a blow torch.

In June, Toronto doctor Michelle McLauchlin died while she was refueling an ethanol fire appliance on her back patio. She became engulfed in flames and died from her severe burns. 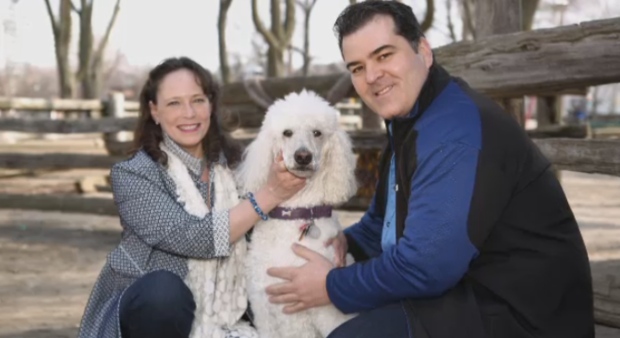 Her mother, Noreen McLauchlin, feels the fire pots should be banned until they can be made safer. She says seeing her child in the hospital with burns to 95 per cent of her body was more than she could bear.

“It is forever burned in my mind and in my heart,” said McLauchlin.

Dr. Marc Jeschke with the Ross Tilley Burn Centre at Sunnybrook Hospital says the centre has had to deal with eight patients over the past two years with serious ethanol burns, including two fatalities.

Jeschke says that when someone is burned with ethanol, the cases are usually very severe.

“When we admit them, they are usually very severely burned. It appears this heat conduction is quite profound. Its massive heat in a very short period of time so the burn depth is very deep," said Jeschke.

Jeschke also believe there should be a ban on ethanol-fueled firepots until they can be made safer.

The Iannucci family is now in contact with the law firm McLeish Orlando of Toronto, which handles personal injuries cases. The firm has filed a $12 million suit against the manufacturer of an ethanol fueled lamp involved in the death of Peterborough dentist Dr. Judith Buys.

Both families are calling for a ban on the devices until there can be further investigation into the accidents.

Patrick Brown is a lawyer with McLeish Orlando and is representing the Iannuccis.

“This is inherently a dangerous product. You don't have social gatherings in backyards across Ontario and have a product that reacts like a flame thrower or an explosion to people like Cindy who is fighting for her life," said Brown.

Cindy Iannucci’s family remains hopeful she can recover from her burns.

“I'm heart broken. I’ve lost my sister. I hope I get her back in any way, shape or form. She is a central part of our family” said Acorn.