Several people have been injured following a crash northwest of Toronto.

The crash happened in the area of King and Queen Streets in Bolton, shortly after 8:30 a.m. on Wednesday.

Paramedics said they believe eight people have been injured. One person was trapped in a vehicle for approximately half an hour after the crash, but has since been freed.

Police have provided few details about the crash.

More than a dozen vehicles, including ambulances, fire trucks and damaged cars, could be seen from the CTV News chopper.

A downed light pole was seen lying across the roof of a dump truck, and another truck appeared to have crashed into a tree after leaving the road. 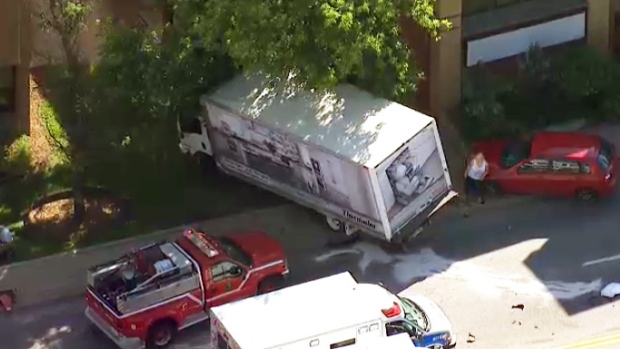 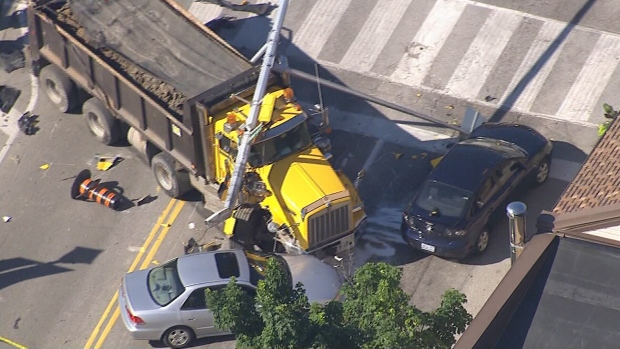