Several flights cancelled at Pearson due to snowstorm 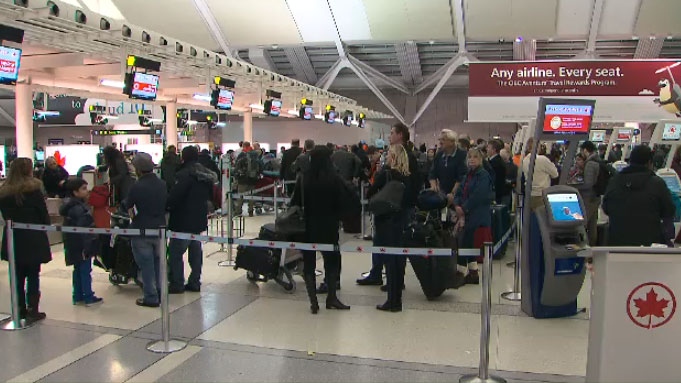 Several flights have been cancelled at Toronto's Pearson International Airport the morning after a heavy snowstorm blanketed Toronto in white.

A statement from the airport said that the snowstorm that hit Toronto on Thursday is to blame for the cancellations. Some are due to conditions in Toronto, while others are due to weather in other cities in Eastern Canada and the U.S. that were hit with the same storm system.

According to Environment Canada, 17 centimetres of snow fell at the airport on Thursday.

At Billy Bishop Toronto City Airport, no flights had been cancelled as of 8 a.m., but several flights to the maritime provinces were running late or delayed.

Staff at both airports warn travellers to check their flight status online before heading to the airport.