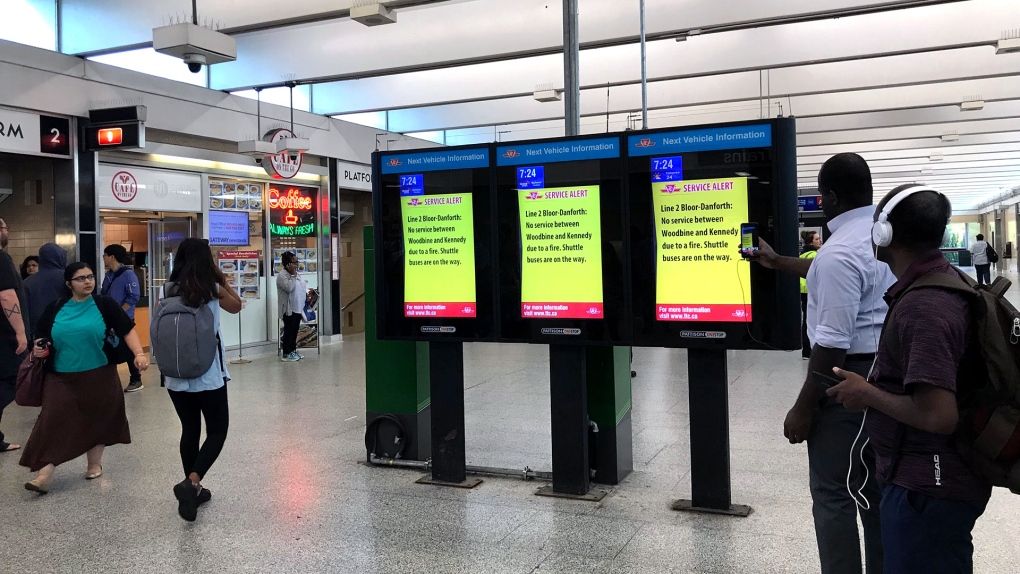 A TTC alert is posted at Warden Station during a delay on August 13, 2019. (CTV News Toronto)

Service has resumed on the TTC's Line 2 after a fire investgation forced trains to stop between Woodbine and Kennedy stations this morning.

Shuttle buses were running between the stations after the fire broke out at Victoria Park Station.

The TTC warned riders to expect delays on Line 2 while an investgation was carried out.

The TTC said just after 7.45 a.m. that service has been restored.