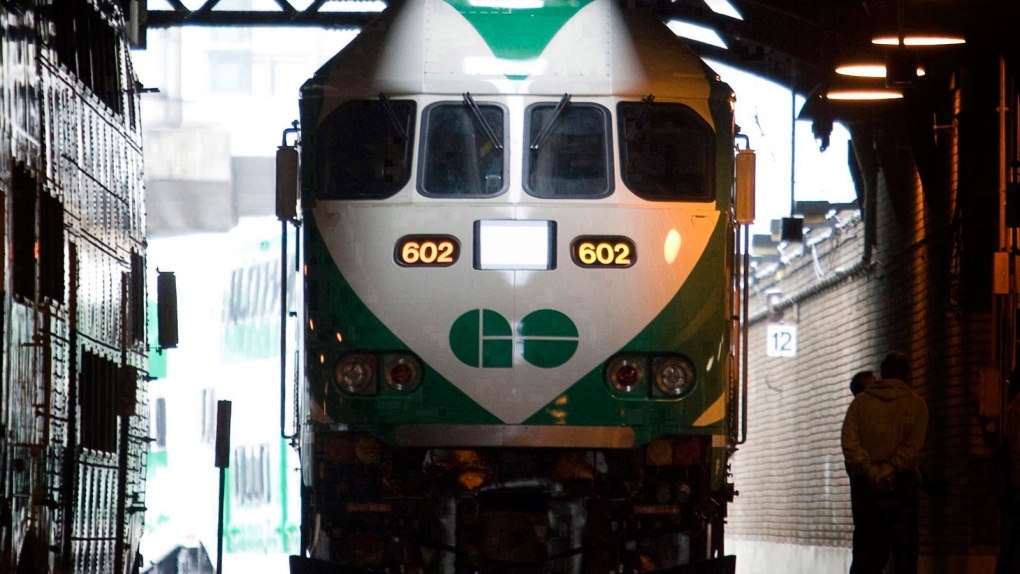 A GO Trasnit locomotive sits on the tracks at Union Station in Toronto, Tuesday, Jan. 15 2008. THE CANADIAN PRESS/Adrian Wyld

TORONTO -- Regular service has resumed on the Lakeshore West GO train line after a pedestrian was struck and killed by a train in Burlington Friday morning.

Shortly after 5:30 a.m., first responders received a call about a person who was hit by a GO train east of Aldershot GO, near King and Enfield roads.

The investigation halted GO trains in the area causing some delays and cancellations this morning.

Metrolinx said regular service on the line will resume with some minor delays.