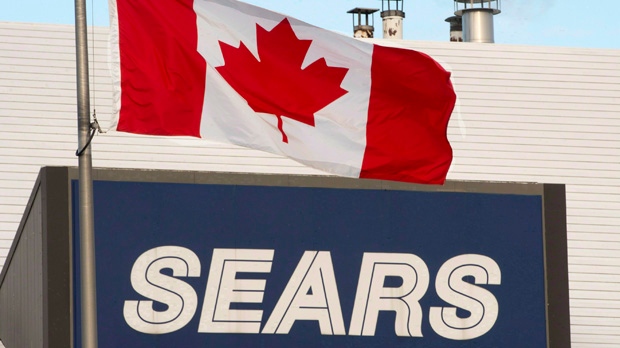 TORONTO -- Sears Canada is planning another round of closures involving a total of 11 stores, including major locations in Toronto, Winnipeg and Montreal, if it gets approval from the court overseeing the retailer's restructuring.

The 10 additional full-line Sears department stores and one Sears Home store had survived the initial list of 59 closings that was announced in June when the company got court protection from its creditors.

The new list of stores, announced late Friday, includes the Fairview Pointe-Claire location in Montreal, the Scarborough Town Centre and Fairview Mall location in Toronto, and the Polo Park location in Winnipeg.

The other full-line stores are in St. John's, N.L., Oakville and Hamilton, Ont. and in Nanaimo, Burnaby and Kelowna, B.C. The one Sears Home store to be closed is also in Kelowna.

The Toronto-based company will also seek an extension of the court's protection from creditors until Nov. 7.

Sears Canada says it wants more time to work on a potential purchase of the company by a group led by Sears Canada's executive chairman Brandon Stranzl.

The court hearing at Ontario Superior Court in Toronto is scheduled for Wednesday.