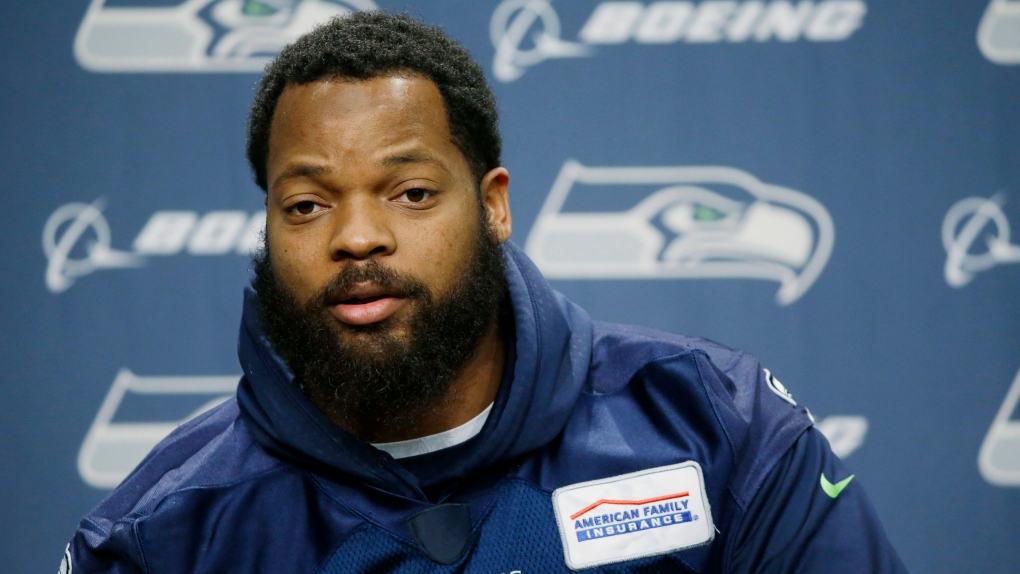 JERUSALEM -- An American professional football player has pulled out of a sponsored trip to Israel, accusing its government of trying to use him for PR purposes and citing sympathy for the Palestinians.

Seattle Seahawks defence lineman Michael Bennett's last-minute decision came as an embarrassment to the Israeli government, which has invited a group of players to visit this week on a mission aimed at improving the country's image.

Israeli Cabinet minister Gilad Erdan had earlier noted the "great importance" of the visit, saying it would counter "the false incitement campaign that is being waged against Israel around the world."

Erdan leads the ministry for strategic affairs and public diplomacy, which works to boost Israel's image and counter the influence of an international boycott movement. His ministry declined to comment Sunday.

Tourism Minister Yariv Lavin had boasted that the players would become "ambassadors of good will for Israel."

But in a letter posted to Twitter on Saturday, Bennett wrote: "I will not be used in such a manner." He said he still intends to visit Israel, but only on a trip that includes stops in the West Bank and Gaza Strip to meet Palestinians.

Citing the example of Muhammad Ali, and the late boxing legend's support for the Palestinians, Bennett said he too wants to be a "voice for the voiceless."

"I cannot do that by going on this kind of trip to Israel," he said.

The delegation, which includes Bennett's brother Martellus of the Super Bowl champion New England Patriots, is to arrive Monday. Martellus Bennett is among a group of Patriots who say they will not join the team on a victory trip to the White House.

The visit will include stops at a hospital, the Yad Vashem Holocaust memorial and a meeting with the "Black Hebrews," a community of African Americans who live in southern Israel.

Other players in the delegation include the Seahawks' Cliff Avril, Delanie Walker of the Tennessee Titans, Philadelphia Eagles defensive end Mychal Kendricks, Cameron Jordan of the New Orleans Saints, Calais Campbell of the Arizona Cardinals, San Francisco 49er Carlos Hyde, Dan Williams of the Oakland Raiders and Justin Forsett of the Denver Broncos.