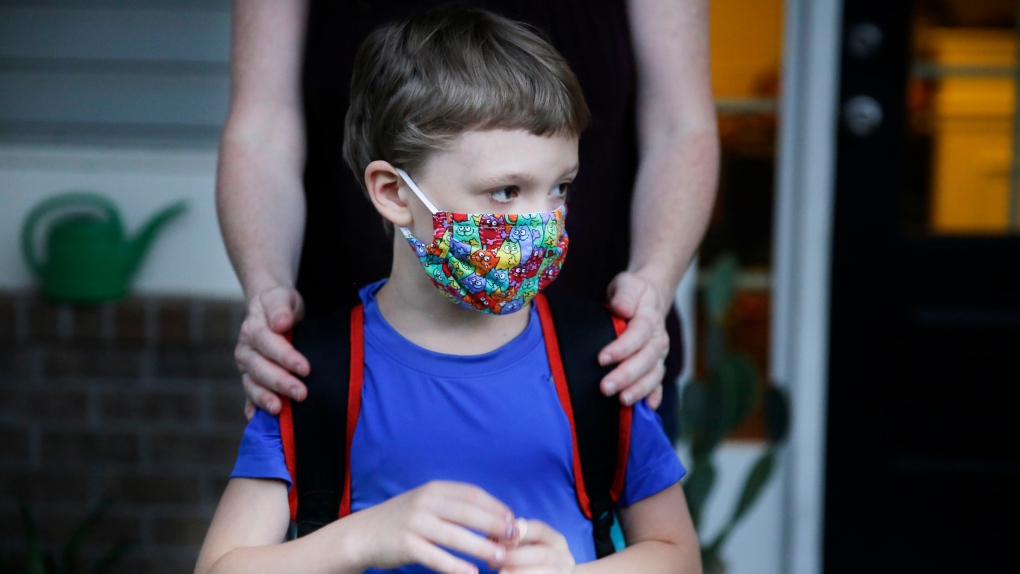 TORONTO -- A group of medical experts that have been advising the Ford government on the safe operation of schools say that the suspension of in-person learning should be “a last resort for pandemic control” given the “significant negative impact” that last year’s prolonged closure had on children.

The advice is contained in an updated guidance document released by The Hospital for Sick Children on Thursday.

In it, the experts say that the delay in reopening schools for in-person learning “must be as time-limited as possible” given that it will “inevitably further exacerbate the harms to children and the inequities” already caused by school closures.

“In considering decisions about ongoing regional closure of schools for in-person learning, it is important to balance the health risks of SARS-CoV-2 infection in children and their role as potential transmitters of SARS-CoV-2 with the significant harms of school closure on children’s physical health, developmental health, mental health and learning,” the document states. “Given the significant negative impact that the initial prolonged school closure (to in-person learning) had on children and youth, it is our strong opinion that an in-person school model with robust application of the recommended risk mitigation interventions is the best option from an overall health and learning perspective for children of all ages allowing for consistency, stability and equity.”

The Ford government allowed schools in northern Ontario to reopen on Jan. 11 and has said that schools in another seven regions, mostly clustered in eastern Ontario, will be allowed to resume in-person instruction on Monday.

Schools, however, will remain closed in 20 of Ontario’s 34 public health units for the time being and the Ford government has said that students in the five hotspot regions – Toronto, York, Peel, Hamilton and Windsor-Essex – won’t return to classrooms until at least Feb. 10.

The new SickKids report says that in order to keep schools open even in regions in which community transmission is high there must be “robust testing and contact tracing” alongside infection prevention and control measures.

The report says that any child who is exposed to a student or staff members with a positive case of COVID-19 should be tested themselves, even if they are asymptomatic.

But the report stops short of recommending widespread surveillance testing, which the Ford government has promised to expand across the province as part of the eventual reopening of schools.

Instead, it says that surveillance testing should only be done in “moderate to high prevalence settings and in schools with outbreaks identified.”

It also notes that the “identification of cases though surveillance testing is expected and should not, by itself, be a reason to close schools.”

Cohorting rather than physical distancing for younger children

The panel of SickKids experts last updated their guidance over the summer, prior to the reopening of schools in the fall.

Since then there have been more than 7,300 cases reported in Ontario schools, including more than 5,000 that involved students.

In the updated guidance released on Thursday, the experts say that some combination of cohorting and masking should now be “strongly considered” as a replacement for physical distancing in younger grades, which they say is “likely detrimental” to the well-being of children.

They said that cohort sizes should be based on local trends with the resources required for smaller classes being preserved for regions with higher levels of community transmission.

Meanwhile, the experts were split on whether to recommend the use of masks for all elementary school students but agreed that the policy does make sense in regions with higher levels of transmission.

The Ford government previously extended its mask mandate for schools to include all students in Grade 1-3, whom were previously exempted. Kindergarten students are now the only ones not required to wear masks indoors.