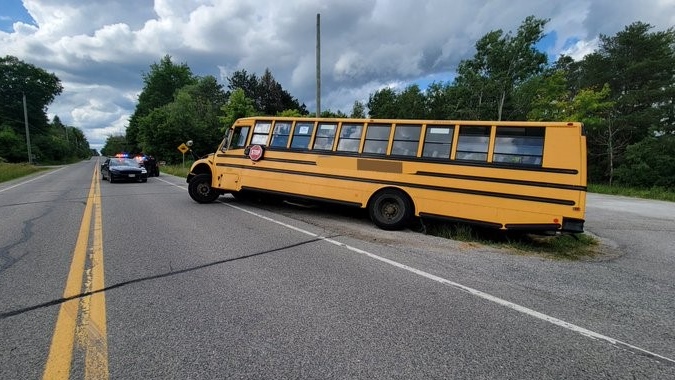 A school bus that ended up in a ditch in Caledon, Ont. is seen in this image. (Twitter/OPP Central Region)

The driver of a school bus with children inside reportedly drove into a ditch late this afternoon in Caledon.

The incident happened near The Gore Road, north of Old Church Road.

The bus is now leaning sideways in the ditch and police have requested a tow.

All of the kids along with the vehicle's driver are out.

OPP Central Region, in a tweet, said there are no reported injuries.

Motorists are being advised to avoid the area as the bus is being removed, police said. 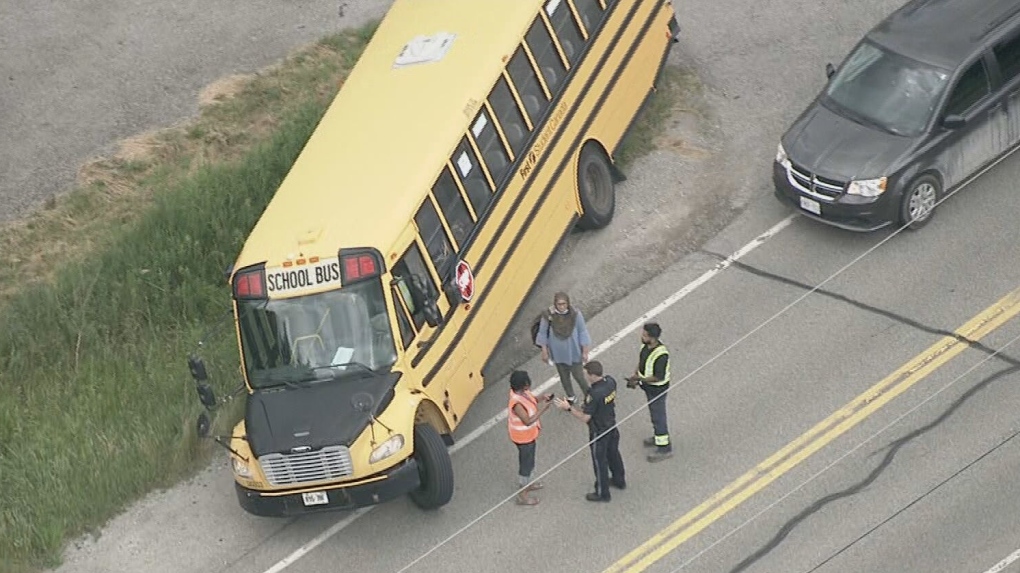 A bus driver in Caledon reportedly drove into a ditch late this afternoon, which caused the vehicle to tip over.