TORONTO -- Online shopping has more than doubled during the pandemic and with millions of Canadians buying items everyday, mistakes are bound to happen.

That’s why when a Scarborough man ordered ear buds for his home office and received a hockey jersey instead, he thought it was an obvious error that would be corrected quickly.

“When I finally thought my AirPods had arrived I opened the box and found it was not the AirPods, but instead it was a retro Hartford Whalers hockey jersey," said Andrew McKenzie.

He added, “Maybe if I lived in Hartford or Carolina I wouldn’t have minded the jersey, but I’m a die hard Leafs fan so it was the wrong shirt for the wrong guy.” 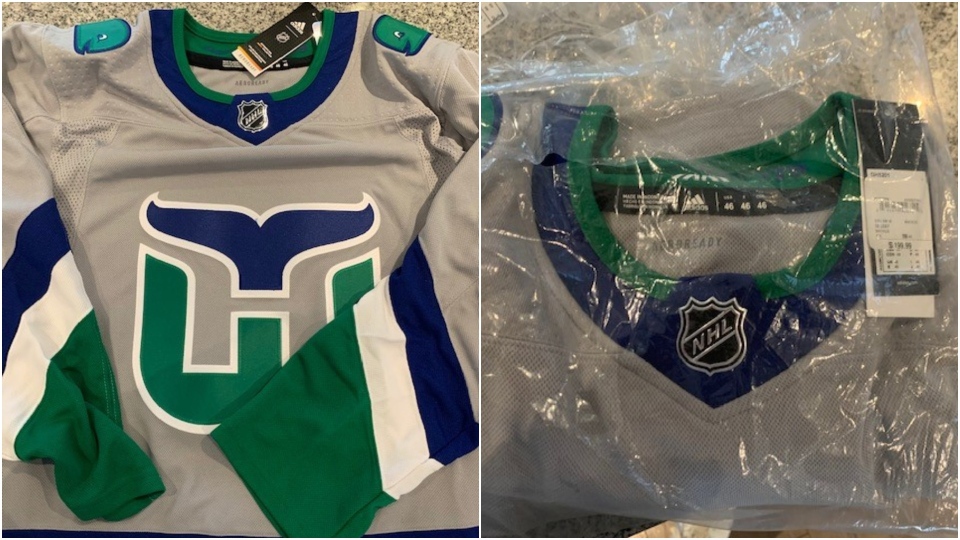 McKenzie had ordered the Apple AirPods Pro for $329 plus tax through SportChek Canada’s website.

When McKenzie called SportChek the company told him to return the hockey sweater, but weeks later they sent it back to him and told him the investigation was closed.

That led to two months of frustration trying to get someone to listen to him about the incorrect order that has left him with no AirPods, no refund and a jersey he doesn't want or need.

“At this point, I would like it to go back to zero, like we never did the order in the first place,” said McKenzie.

When CTV News Toronto reached out to SportChek, the company agreed to look into the matter.

A SportChek spokesperson told us days later “Mr. Mckenzie’s experience was the result of human error” and apologized.

“We have reached out to him directly to apologize and have resolved the matter to his satisfaction,” the company said.

McKenzie was relieved to get a full refund along with a gift card and, in the end, he was also told to keep the jersey.

“The last bit of humour in all of this is they said they didn't even want the jersey back, so my 13-year-old son is now wearing a Hartford Whalers jersey around because he is the only one it would fit," laughed McKenzie.

If you order something online and get the wrong product you should contact the company immediately and be sure to keep all receipts, packaging and paperwork. Taking photos of the incorrect item could also help.