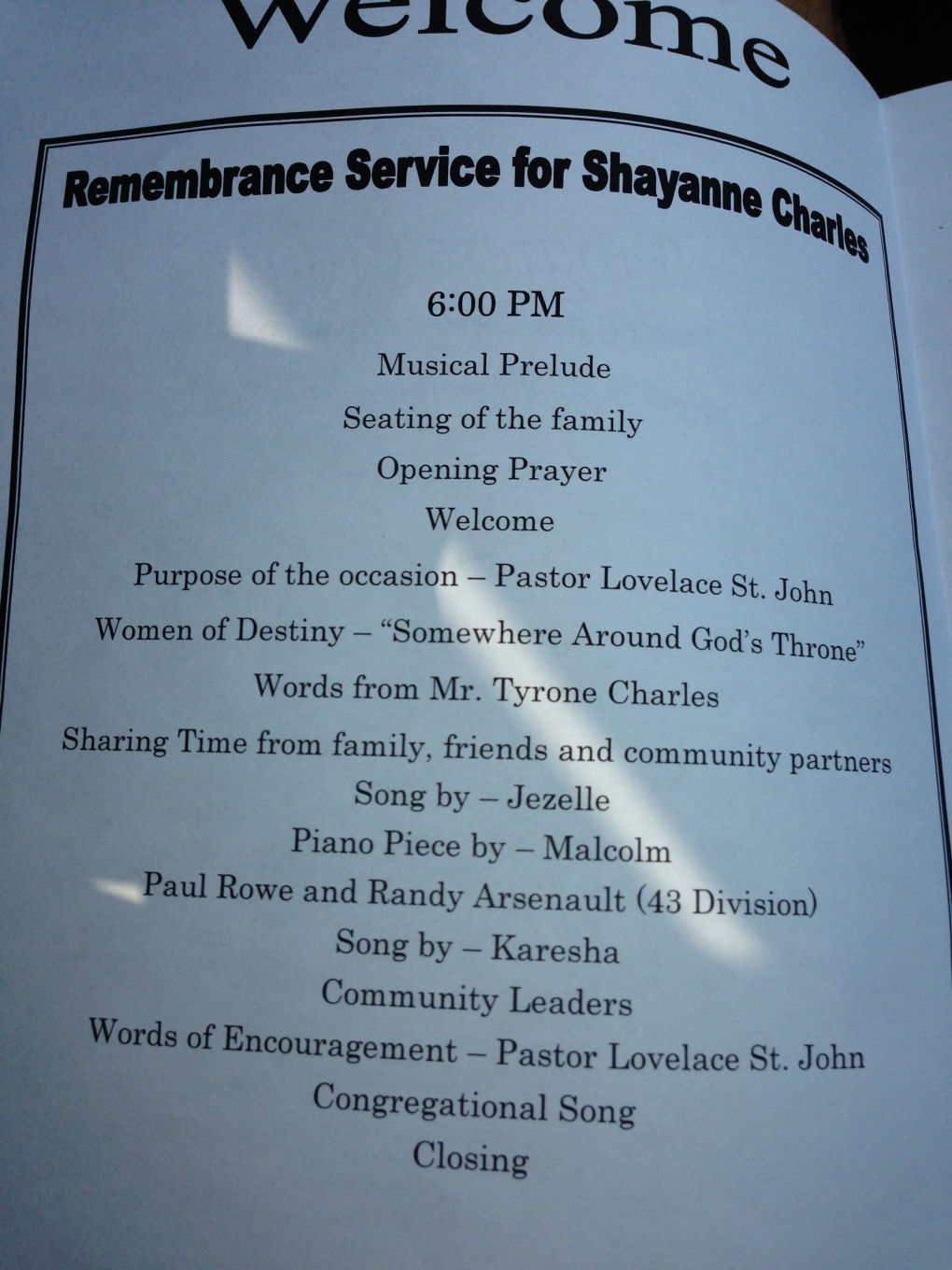 The program for an event remembering the life of 14-year-old Shyanne Charles, who was fatally shot while attending a barbecue on Danzig Street last summer, is seen in this picture taken on Tuesday, July 16, 2013. (CP24/Gurdeep Ahluwalia)

A community in Scarborough is coming together Tuesday to mark the sombre anniversary of the worst mass shooting in the city’s history – one that left two young people dead and dozens of others injured.

An event remembering the life on 14-year-old Shyanne Charles, who was fatally shot while attending a barbecue on Danzig Street on July 16, 2012, will be held at 6 p.m. at the Progress Church, located at 4242 Kingston Rd., near Galloway Road.

The shooting also killed 23-year-old Joshua Yasay and injured 23 others.

In the months since the shooting, police have arrested and charged four suspects, all of whom remain behind bars pending trial on various charges.

"A year ago, we had a very tragic circumstance in a good community that before that had never had these types of problems," Sloly said. "It was a terrible one-off – it was a huge one-off."

In the months since the shooting, Sloly said that co-operation between the city, police and community residents has worked to restore the sense of safety and security in the neighbourhood.

"In the year since, that good, solid community spirit has come to the forefront," he said. "We’re there helping them as partner, along with a lot of other partners of this city."

Since the shootings, there has also been a drastic reduction to crime in the community, Sloly said.

"Since last year, in 43 Division, where Danzig (Street) is, we’ve had no homicides," he said. "We’ve had a 71 per cent reduction in shootings and violent incidents in that area."