The event featured a different parade route than in year’s past starting in the east end of the city at Bloor and Parliament streets, before heading south on University Avenue, then turning east on Wellington Street and ending at the St. Lawrence Market.

Parade goers young and old lined the new route and braved the chilly temperatures just to catch a glimpse of Kris Kringle himself.

“I think it speaks to the fact that we all celebrate together,” Mayor John Tory said, decked out in a Christmas-inspired suit jacket.

“I think when you see Pride, when you see the Caribbean Carnival, you see that these parades are not limited to people who celebrate Christmas. Everybody comes out, especially on a spectacular day like today. How could you not feel good about being a Torontonian and a Canadian on a day like today?”

Thank you to everyone who came out to the #SantaClausParadeTO today and to all of the amazing volunteers and sponsors who made the 115th Toronto Santa Claus Parade such a huge success. pic.twitter.com/1HzcZYDbhd

Toronto Police Chief Mark Saunders was also on hand for the event and said that Santa’s safety is one of the service’s “biggest responsibilities”.

“It’s a year-long project where we work with the organizers to make this a success. With the transition of starting in a new spot, [it] worked seamlessly because we’re on it day after day.” 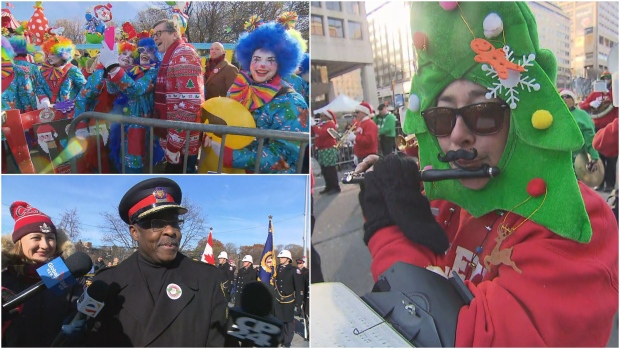 This year’s parade features 34 floats including Santa’s toy workshop, dozens of musicians and even a nod to the 2019 NBA champions the Toronto Raptors. 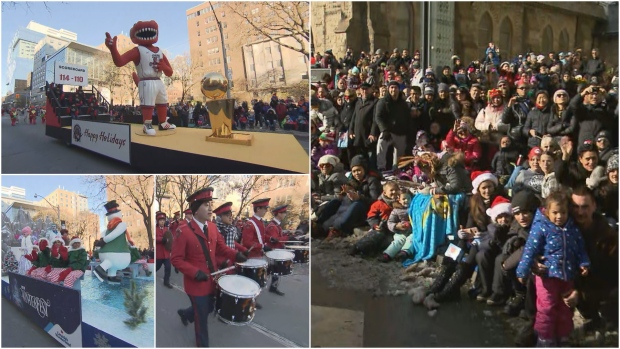 And of course, the Santa Claus Parade wouldn’t be complete without an appearance by the man himself. St. Nick headlined the event as excited children looked on.

“It was amazing,” one child said. “It was cool. I loved it,” said another.