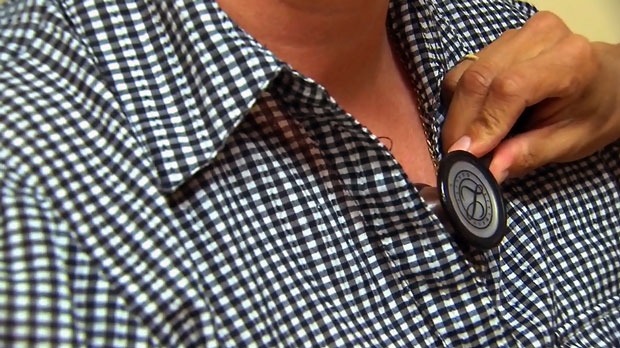 TORONTO -- Ontario residents living in rural communities are at a greater risk of having a stroke than their counterparts in urban centres, new research released Thursday suggests.

Those that do suffer a stroke are also more likely to die from the condition if they live in communities with a population of less than 10,000, and are less likely to be screened for conditions that elevate the risk of stroke in the first place, according to the study by the Institute for Clinical Evaluative Sciences.

Researchers laid out their findings in a paper published in the journal Circulation: Cardiovascular Quality and Outcomes,

Moira Kapral, the lead author and a professor of medicine at the University of Toronto, said the research did not delve deeply into the causes for the disparities between city dwellers and those in smaller communities. She said, however, that the findings highlight health care gaps that rural residents may be wise to address.

"We think, for people that haven't had a stroke, there's some opportunity to improve risk-factor identification in rural areas," Kapral said in an interview.

Researchers formed their conclusions after examining data from 6 million Ontario residents gathered between 2008 and 2012. They divided their study groups into those that had not had a stroke and those that had, with a view to determining whether geographical location had an impact on the degree of care and screening patients received.

The research, culled from numerous linked databases tracking medical information in Ontario, found that 81 per cent of urban dwellers who had not suffered a stroke were screened for diabetes compared to 71 per cent of their rural peers.

The gap for cholesterol screening was even wider, with 78 per cent of urban residents being checked out compared to 66 per cent of those in smaller communities.

But those disparities all but vanished once people had survived a stroke, Kapral said, suggesting the level of care for stroke patients was comparable in both urban and rural settings.

"This is an important finding because it means that once you've had a stroke, you're getting good stroke secondary prevention care no matter where you live," she said.

Kapral said the study also examined the impact of lifestyle factors, such as smoking rates, obesity, consumption of fresh produce and physical activity level. Data on those factors was only available for two per cent of those included in the study, but indicated they may play a role in the higher incidents of strokes in rural populations.

Kapral suggested smoking and obesity rates were higher in smaller communities, while physical activity and fruit and vegetable consumption were lower.

The study's findings come as no surprise to Dr. Margaret Tromp, president of the Society of Rural Physicians of Canada and a family doctor with a practice in Picton, Ont.

She said a significant body of research has tracked the fact that rural residents are at greater risk of several conditions including those related to stroke, such as heart disease.

Tromp said her own experience suggests prevalence of behaviours such as smoking are indeed higher in areas such as the ones she works in.

More important, however, are the numerous social determinants of health that place rural residents at greater risk, she said.

"Things like poverty, access to healthy food, do you have good housing, do you have social supports around you -- they probably have more determination of your risk factors for stroke than whether you see a doctor or not," she said.

Tromp said most of those factors have greater sway in rural communities, where populations are more spread out, reliance on cars is more common and poverty markers are more prevalent.

Another factor elevating the risk for those in small communities is access to medical care, she said, noting that while 18 per cent of Canada's population live in rural environments, only eight per cent of the country's doctors serve those areas.

Tromp said efforts are underway to recruit doctors to more isolated communities and to equip them for working in those communities, noting more research is also needed on health issues impacting rural residents.