Rob Ford on cancer: 'If I can’t have surgery, it means they can’t do any more' 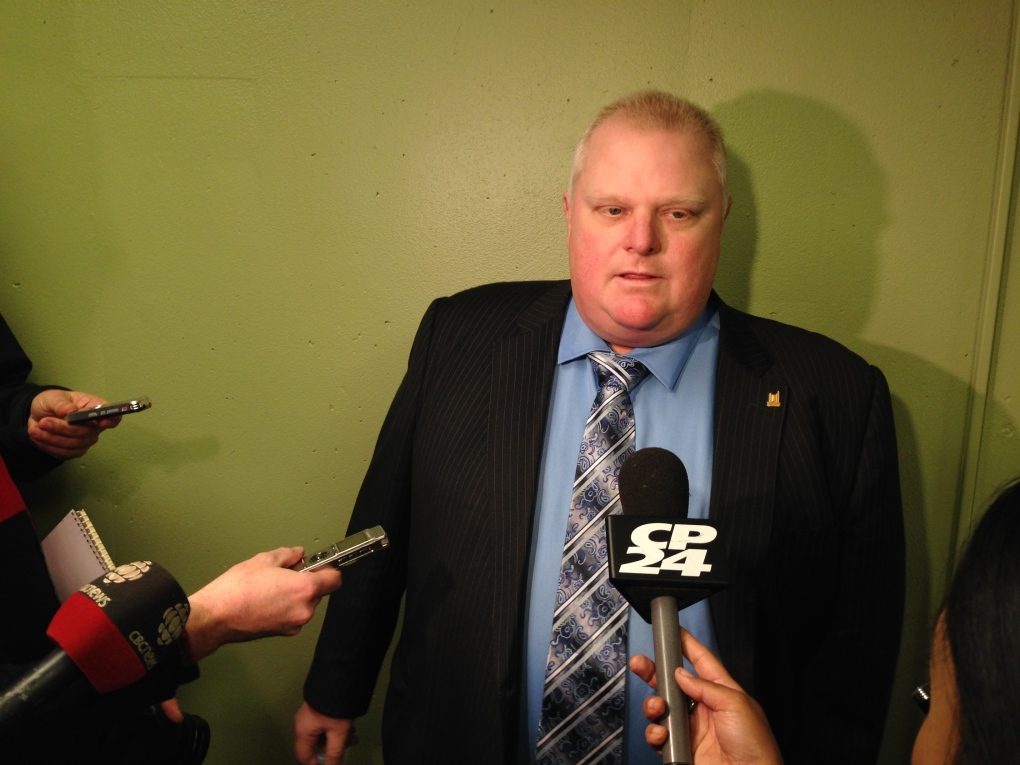 Rob Ford says a diagnostic test to determine whether doctors can operate on his tumor was moved up.

The former mayor told reporters Friday that an MRI planned for late April would instead happen Friday afternoon -- news he got after having a scheduled CT scan in the morning.

“It sort of threw me for a curve this morning,” he said.

“In one sense I’m sort of relieved that we’re getting the MRI done,” he added.

Ford said he worries the tests -- both meant to determine the size of his tumour -- will reveal that doctors can’t operate.

“I really don’t want to hear that news,” he said. “Because if it’s not (operable), if I can’t have the surgery, it means they can’t do any more for me.”

“It’s in the good lord’s hands right now,” he added.

Ford originally said he would know the test results right away, but his brother Doug Ford later told CP24 that results won’t be known until next week.

Rob Ford dropped out of the mayoral race last September after his diagnosis with pleomorphic liposarcoma. He instead ran for an Etobicoke council seat, which he easily won.

Upon the initial diagnosis last September, doctors had said the tumour measured 12 centimetres.

Ford underwent chemotherapy and radiation treatments, which were completed in February.

After the radiation, his brother Doug Ford told The Canadian Press that the tumour had shrunk by half.