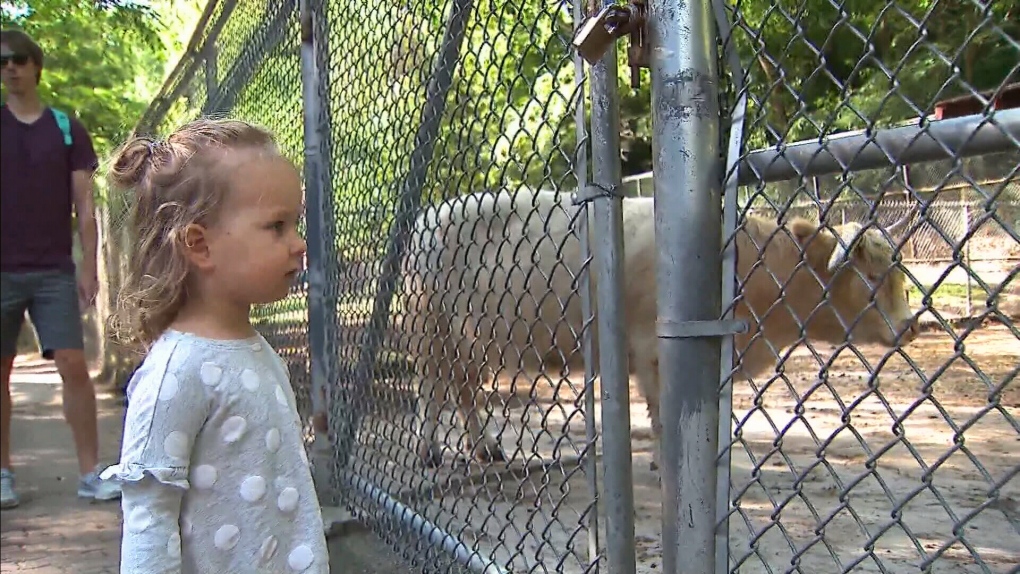 TORONTO -- Two of Toronto's attractions will reopen this weekend, as well as 46 more outdoor swimming pools across the city.

On Friday, the City of Toronto announced that the Riverdale Farm and the High Park Zoo will open their outdoor grounds to visitors starting on Saturday.

"As part of the safe and gradual reopening, Toronto Parks, Forestry & Recreation staff have been preparing the grounds and the animals for the return of visitors to Riverdale Farm and High Park Zoo," the city said in a news release.

The city said Riverdale Farm—which is located on 201 Winchester Street in the Cabbagetown neighbourhood and houses domestic farm animals, including pigs, chickens, horses, and cattle—will open at 9 a.m.

High Park Zoo, the city's oldest zoo, will open at 11 a.m. Admission is free for both attractions.

"It's great to see some of our most treasured City of Toronto attractions opening up again to provide families with an opportunity to enjoy them, especially as we get closer to the end of the school year. I want to commend staff for their continued dedication and hard work in helping us reopen Riverdale Farm and High Park Zoo while keeping the public safe," Mayor John Tory said in a statement.

Proud to announce that the City of Toronto’s Riverdale Farm and High Park Zoo will officially reopen their outdoor grounds to visitors beginning tomorrow. pic.twitter.com/sfa0BnEXUJ

The city also announced that 46 more outdoor swimming pools will open on Saturday.

Residents will need to book reservations for 45-minute leisure or lane swim sessions in advance at the city's website.

The city said a number of spots at each pool location would be held back for people with limited access to the Internet. The slots will be available on a first-come-first-served basis.

Capacity at outdoor pools is reduced to 25 per cent to ensure that physical distancing is observed.

According to Environment Canada, it will be a mix of sun and cloud on Saturday with a 30 per cent chance of showers in the afternoon. The high will be 28 C with a humidex of 32.