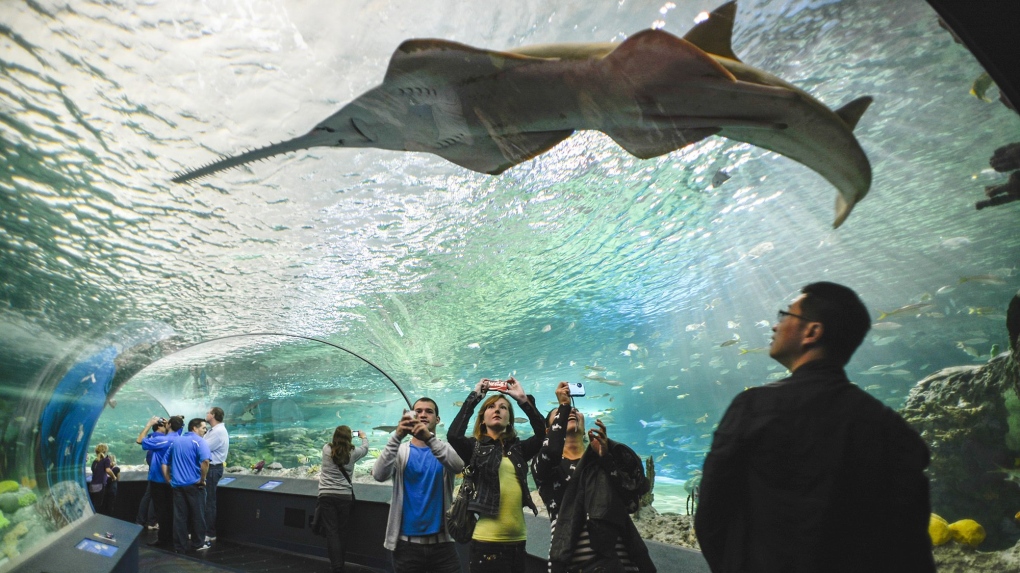 Ripley's Aquarium is making a splash as Toronto's newest hot spot and at least one event planner is using the venue to draw attention to an important fundraising campaign.

On Thursday night, Ripley's will be playing host to its first fundraising event, The Big Give, a sold-out party in support of the charity Look Good Feel Better.

LGFB , an organization that provides makeovers to women suffering from the effects of cancer, provides 1,200 free seminars a year for women and teenaged girls.

In the U.S. alone, more than 850,000 women have participated in the program, according to the LGFB website.

The organization is often the charity of choice for cosmetic companies in Canada, according to Margot Witz, the driving force behind the Big Give.

Witz runs the event through the charitable arm of Elizabeth Grant, a high-end Canadian cosmetics company.

"Three years ago, I started The Big Give," said Witz, the company’s vice president of global creative direction. "My father was dying of cancer and as I was staying up at night, I was thinking why isn’t this incredible program as well known to people who don’t have cancer?"

In the last three years, Witz has managed to create a solid media buzz about the event, selling out tickets weeks in advance and choosing fresh and exciting venues to draw newcomers in. About 850 people are expected at Thursday night’s event which will take place throughout the aquarium amid schools of tropical fish, sharks and rainbow reef.

In the last three years Witz has raised more than $40,000 for the charity.

"My grandmother raised my mom with the mentality that if you have two coins in your pocket, you keep one and you give the other away," she said. "If you can help, you help."

"What I really love (about LGFG) is that it gives people some hope and encourages them that they’re not alone," she continued. "Look Good Feel Good shows it will be ok, you can still be a mom, a sister, a manager. It allows you to define who you are without being defined by cancer."