TORONTO -- The retired Toronto homicide detective who solved the horrific "girl in the suitcase murder" says he's still haunted by the abuse that ultimately led to her death and maybe that of her younger brother.

The murder of 17-year-old Melonie Biddersingh is something retired Toronto Homicide Detective Steve Ryan says he still thinks about everyday and wonders if Melonie's brother was murdered too.

Now CP24's crime analyst, the 30-year police veteran, looked back on the dreadful murder and offered his theory as to what happened to Melonie’s younger brother Dwayne, whose fall from a 22nd floor balcony was ruled death by suicide.

In 1991, Melonie was 13 years old and along with her brother Dwayne and half brother Cleon came to Canada to live with their Dad, Everton, and his wife Elaine. They were promised a better life here, far from the impoverished life with their mothers in Kingston, Jamaica.

Ryan says Melonie's future should have been bright at her new apartment in Toronto, but it wasn't to be.

"When she came here for the first time, she thought she was going to school, she wanted to be a nurse, she was very excited about meeting new friends, and I don't think she left this place more than five times in three years,” Ryan said. "She was confined to that apartment from the time she walked in here, when she first arrived, until they took her out in a suitcase."

Ryan believes Everton and Melonie’s stepmother brought them to Canada to work for the household, a one-bedroom apartment in Toronto’s Parkdale neighbourhood. To cook, clean, and teach her own young children, who were never abused. None of the children went to school.

But while riding the elevator in their former building, Ryan says the trap was set the moment Melonie stepped in. 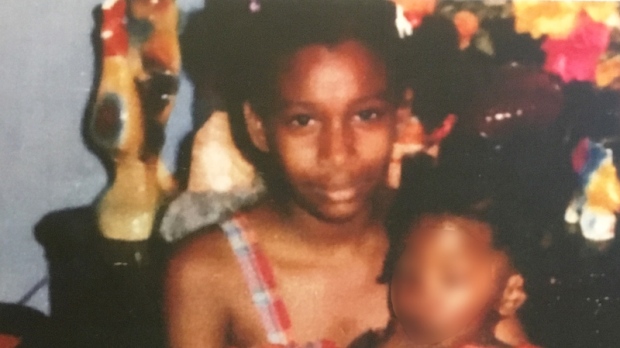 "I've said before, this is like the spider web that Melonie and her siblings came here with such high expectations, came here to this elevator for the first time and basically never left," Ryan said.

"And when she was for her last time, they carried her out in a suitcase. So I see this as a spider web, (the elevator) it actually makes me feel, I won't say anxious, but it makes me feel for her. What she was thinking going up the first time, how happy she was, and the last time she is going down in a suitcase, and that is the end of her and its heart breaking."

'WOULD HAVE GOT AWAY WITH MURDER'

Ryan took over the investigation when it was a cold case. Not only did police have no clues, they didn’t even know who the remains belonged to. The 17-year-old had been found in a suitcase that had been set on fire.

It was Elaine Biddersingh who spilled the beans to her pastor, telling him that her husband had killed his daughter. The pastor went to police and that is when Ryan took over the homicide.

What followed in the investigation was a harrowing account of abuse at the hands of both.

"So we executed the search warrant in 2013 because we wanted to get the layout of the apartment and I remember walking in here and just trying to take in, take in the atmosphere," Ryan said. “I get it has changed, but the foundation of this place hasn't. If it could talk, What did it see? And what did Melonie see when she was walking in here and basically never came out again? What did she see what was she thinking about?"

Behind the closed doors of that one-bedroom apartment, Melonie was beaten, chained to a chair, forced to sleep on the floor, to wash on the balcony and her head put in a toilet and flushed for punishment, all while they were slowly starving her to death. And there was a small closet in the apartment, too small to sit, where she would forced to stand in the dark.

Standing outside the apartment door, Ryan says this haunts him to this day.

"In one of the closets there were scratch marks on the wall, and I imagined her doing this with her nails trying to go through the drywall to get out into the hallway, and I thought and I still think as kid, 'Who was she calling out for?' Mom and Dad are the ones you call out for when you are sick, you are hurt, when you are scared, she was all three, and Mom and Dad are the ones that put here in that closest. So who was she calling for help for?"

She suffered alone, the former investigator said, while her siblings were helpless.

"Her brother couldn’t help her because he was getting beaten as well, so his job to survive was to kind of walk that fine line between keeping dad happy and being Melonie’s buddy at the same time, he was helpless, he couldn’t help her, and it wasn’t his fault."

Ryan says Melonie was desperate to free herself from this abuse, one day seeing an opportunity to escape. He points out the apartment’s proximity to the fire escape.

'SHE WAS PUT IN CHAINS'

"So (apartment number) 2203 is the first place they lived in, which is down here and you see that fire exit there. It is striking to me because Melonie escaped, despite the fact that she had 21 healing fractures, her vertebrae, her pelvis, her legs were broken, she weighed 50 pounds, she hadn’t eaten, she dragged herself with her hands out of the apartment and into that stairwell."

But once the Biddersingh's learned of the escape, they sent her siblings out to find her. Ryan says it didn't take very long to look behind the door of the fire escape. 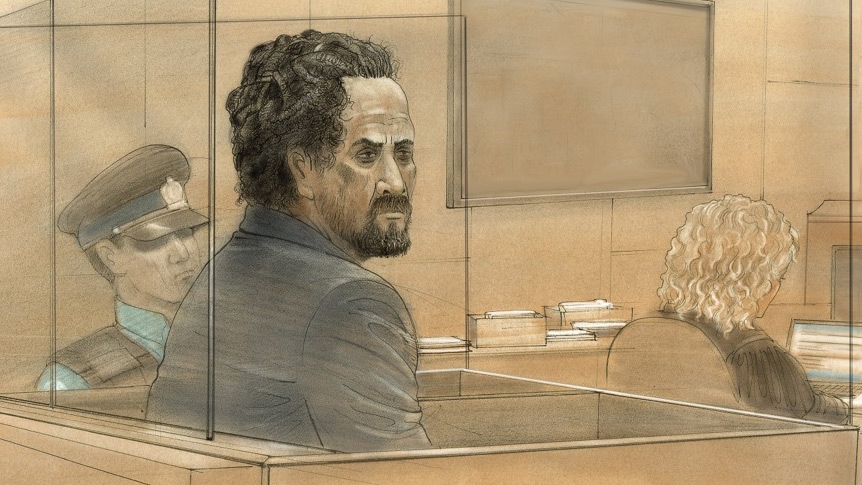 "Once she made her way here she sat here and contemplated what she was going to do next," Ryan said. "Her family was dispatched to search the building for her. Her parents obviously knew that she couldn't get far because she had those 21 healing fractures and experts had said she wasn’t able to walk and her pain would have been so bad that she basically would have had a tough time breathing."

"So when she was found here by her older brother he said we can't trust the police, basically, Dad tells us the cops are bad, we have no friends, we don’t go to school, you got to go back to the apartment. He brought her back to the apartment. She was then put in chains she was forced to live in a rice barrel again, and put in the closet and that is where she lived."

It was the beginning of the end for Melonie.

"She lived, I would say, over a year because, Dwayne died in 1992 and according to all of the family, the beatings got worse in 1992, and she wasn’t murdered until 1994, so a year-and-a-half to two years was just pure hell for her."

Dwayne was 14 when he died after falling 22 floors from the apartment balcony.

The police were called, but his death was ruled suicide.

Ryan has a different theory, and during his investigation into Melonie's murder, he wanted to know if her younger brother had been murdered as well. But the night before the remains were to be exhumed, the seasoned cop took a drive to the cemetery

"And I stood by Dwayne's grave site and I told him, I actually apologized to him, and said that we are going to be disturbing him tomorrow because I wanted make sure nobody did this to him or hurt him, or killed him and stood there for about five minutes and that was the first time I did that, but I just felt compelled because it is such a huge deal to dig somebody’s body up who has been laid to rest for a decade. I just felt he should know we’re going to disturb you kid, sorry."

When they dug up the grave site, all that remained were damaged bones, consistent with a fall from 22 floors Ryan said. It would be impossible to determine if he was murdered.

But the detective has another theory, that Dwayne had run away and got caught. He was about to get a severe beating by his father, and tried to escape from one balcony to another, but lost his balance and fell to his death.

Meanwhile, the detective had been interviewing both Everton and his wife Elaine, who was claiming it was all her husband’s violence. Ryan says he didn't believe her. 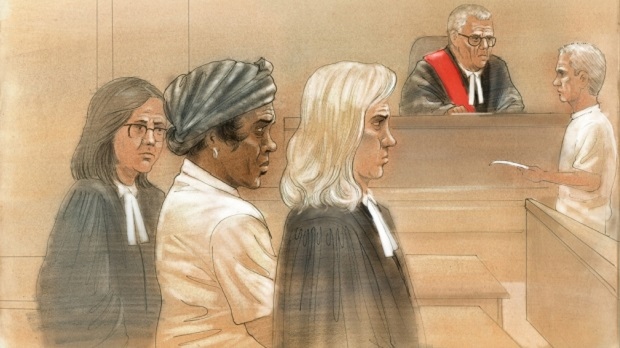 "Once she said 'I didn't know anything,' I knew in my mind 21 broken bones that were healing that were never seen by a doctor, never reported and the doctors told me before that interview that Melonie would have been in such excruciating pain and she could not move she would have been basically immobile because her pelvis was broken, her legs were broken her ankle was broken and her vertebrae was broken. So when Elaine says to me I didn't know this was going on, you got to call B-S on that one."

While neither confessed to their roles in Melonie's severe abuse, once the interviews were complete, Ryan was sure they were responsible for the child's death.

"I actually went outside of 52 division, that’s where those interviews were done, and I stood on the corner of Dundas and University and I found myself almost gasping for breath for about 15 minutes because I could not believe I just came face to face with those two who I consider monster." 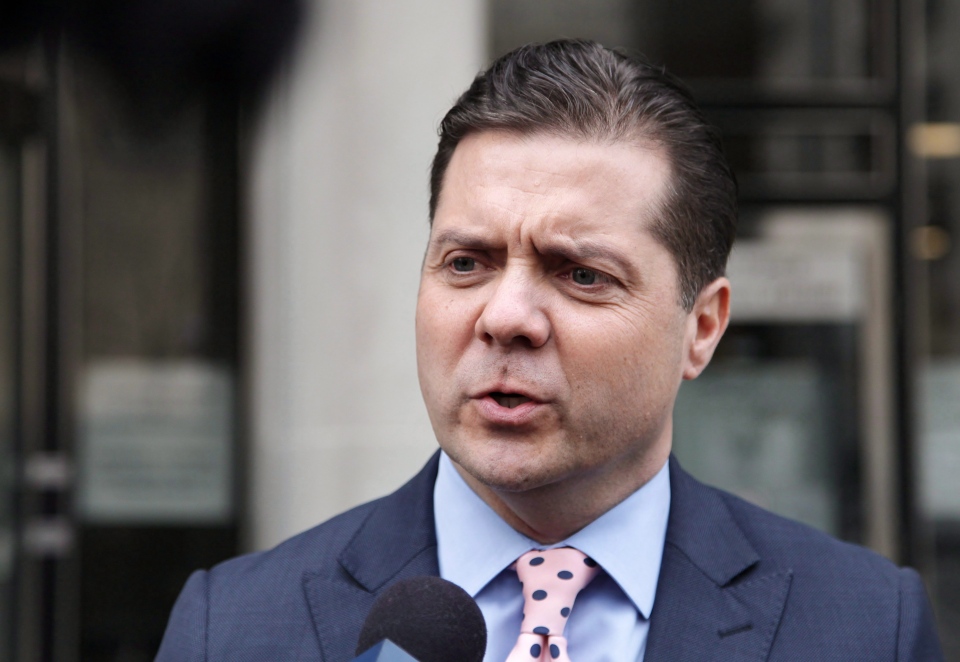 Ryan made a zoom call to Kingston, Jamaica for us, and spoke with Melonie's sister Racquel.

He asked this: "If you had a chance to speak with Everton and Elaine right now, what would you say to the two of them?"

The answer from Melonie's older sister was simply what everyone would want to know.

Elaine Biddersingh was originally charged with first-degree murder, but a jury found her guilty of second degree murder.

New episodes of The Detective are available Mondays on iHeart.