TORONTO -- Restaurant owners are facing a bleak situation amid the COVID-19 pandemic and say that even with supports already announced by the federal and provincial governments, more help is needed.

Greg Boggs owns “The Ace” on Roncesvalles Avenue in Toronto and said he made the decision to close his causal fine dining restaurant one day before the mandated shutdown for safety reasons—and laid off 28 people.

With no money coming in, he’s been doing a lot of math ever since.

“Trying to figure out what do we owe, what do we have, what the shortfall is,” Boggs said.

A recent survey by Restaurants Canada, a non-profit advocating for the industry, found that about 800,000 food service jobs have been lost in Canada due to the pandemic. About 300,000 of those jobs are in Ontario.

The survey also said nearly one in 10 restaurants have permanently closed and warns another 18 per cent may suffer the same fate within a month if current conditions continue.

“We really appreciate everything they’ve done so far and we know they’re working hard on a lot of things, but right now they really need cash in hand, they need to be able pay their bills, they need to make sure they have an operation to go back to.”

Ottawa has set up a 75 per cent wage subsidy, money through the Canada Emergency Response Benefit, for owners, along with GST, HST, and income tax deferral payments.

A spokesperson also told CTV News Toronto that $40,000 loans are also being offered.

“We will continue to listen to businesses in the hospitality sector and will do whatever it takes to help them through this unprecedented time,” said Ryan Nearing, spokesperson for Small Business, Export Promotion, and International Trade Minister Mary Ng, in an emailed statement.

Ontario Finance Minister Rod Phillips’ office tells CTV News Toronto that supports for businesses include $10 billion in tax deferrals, $6 billion in interest and penalty relief on taxes, along with deferred payments on workplace safety and insurance board claims and tax cuts.

Still, with all the programs, restaurants say they need more help to stay open when the crisis ends. 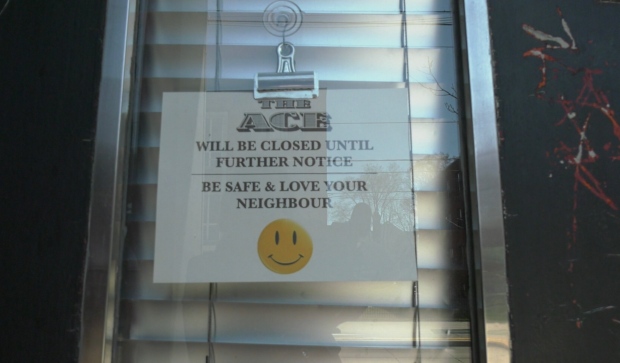 Ontario Premier Doug Ford said he would be pushing for more funding with the prime minister on a call scheduled for late Thursday afternoon.

“It’s so tough on these people, you know usually most restaurants are family run, they have staff and some restaurants are much larger, but it’s very, very difficult,” Ford said.

Boggs said he used his personal money to pay April’s rent and got May’s rent deferred, but whether his restaurant survives is in the air.

Without money coming in, Boggs said owners can’t pay back loans or their suppliers, which means they’ll slip into debt.