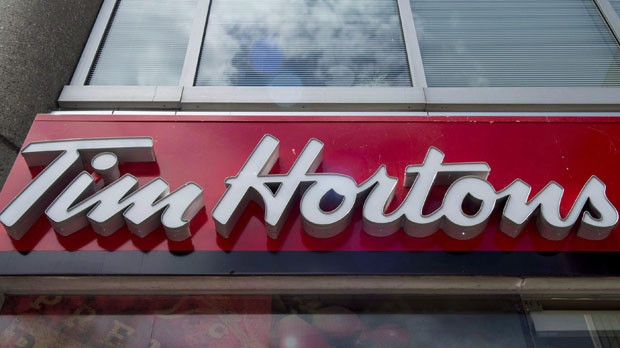 Restaurant Brands International Inc. announced a plan Tuesday for improving the customer experience and sales at its Tim Hortons operations, which were the weak spots during an otherwise strong first quarter for the company.

Tim Hortons saw comparable same-store sales growth -- a key industry metric measuring performance of stores that have been open a year or more -- fall 0.3 per cent in the company's first quarter. The brand suffered from intense competition, problems with its annual 'Roll Up the Rim' promotion and negative media coverage generated by a group of dissident franchise owners, RBI chief executive Daniel Schwartz told analysts.

Schwartz announced the new "Winning Together" plan, which he said would help improve profitability for the company's restaurant owners. He said the plan centres on improving the restaurant experience, product excellence and brand communications.

The initiative also includes more customer use of a Tim Hortons app, a new marketing campaign extolling the virtue of connecting with neighbours over a coffee and a $700 million initiative to renovate restaurants.

The strategy is intended to counter negative attention brought to the brand by a group of dissident franchisees, dubbed the Great White North Franchisee Association, which claims to represent more than half of Canadian franchisees, and has vocally criticized the parent company for cutbacks they say are hurting their business.

"Needless to say, we're not pleased with the narrative in the media," he told analysts in a conference call.

"The environment is competitive and the fact that there's a tonne of negative media created by this group of franchisees is also hurting the guest perception."

Schwartz stressed that an advisory board elected by franchise owners has expressed support for RBI's strategy. He said in an interview that he has not met with the dissident franchisees, but that he hopes all franchisees "will buy into" the new plan. GWNFA declined comment Tuesday.

"We've made good progress on building a strong and a positive agenda with the restaurant owners," he said. "The relationships with the owners weren't where they needed to be but we have been making improvements."

In particular, he said "hundreds" of franchise owners had signed up to refurbish the interior and exterior of their restaurants with the "welcome image" that's part of RBI's plan for improving relationships with customers.

"We really want to work with our owners to accelerate the pace of renovations and the quality of the restaurant image in Canada," Schwartz said.

"We're really encouraged by the initial results that we've had, both quantitative and qualitative, in testing with our guests."

RBI's previously announced $700-million renovation plan to spruce up its restaurants is one of the factors in its feud with GWNFA. The franchisees say that the company has effectively changed the rent and royalty structure by saddling franchisees with increasing costs and requiring them to renovate stores at their own expense.

The dissident franchisee group was quick to point out it believed the plan was ill-conceived and would cost individual restaurant owners about $450,000.

During the conference call, however, Schwartz said "we have managed to increase average franchise profitability in Canada by a significant amount since we first acquired Tim Hortons."

Schwartz also acknowledged problems during the quarter with its popular annual Roll up the Rim contest, referring to issues with a long-term supplier but offering no other details.

In February, the chain confirmed a "small batch" of misprinted extra large-size cups were distributed in Atlantic Canada and Alberta for the annual contest, but added no major contest prizing was affected because third-party consultants audit the production process and the seeding of prizes.

Shares in the company shot up about four per cent or $2.50 to $71.56 in Tuesday trading on the Toronto Stock Exchange after reaching its lowest point earlier this month since September 2017.