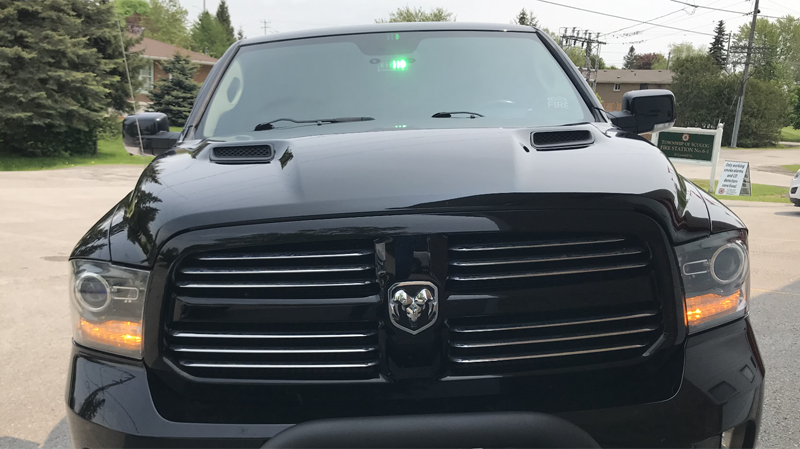 A vehicle with a flashing green light, which indicates it is being operated by a volunteer firefighter in Ontario, is seen. (Tom Brown / CTV Toronto)

In Ontario, 19,000 volunteer firefighters are driving personal vehicles equipped with flashing green lights, which let drivers know they are en route to an emergency and they should pull over or yield to let the vehicles pass.

It’s a courtesy light now, but there have been discussions to make pulling over mandatory.

Last fall, fire chiefs across the province attending a conference discussed the idea of bringing a motion for a mandatory “pull over” before the Ontario government.

“Every second counts when responding to a fire or heart attack and a response time of 10 minutes compared to 20 minutes is the difference between life and death,” volunteer firefighter chief Brian Sears of the Faraday fire department out of Bancroft said.

During the summer months, when the temperature heats up, thousands escape the city for the country and the cottage.

Sears asked, “Have you ever been driving along a country side road when you notice a vehicle behind you with a flashing green light? Did you continue driving because you didn’t know what that green light meant?”

Sears, with more than 40 years of volunteer experience and chief for the last six out of Bancroft, said, “it does tell other drivers to pull over when safe to do so and allow the firefighter to pass as a courtesy so they can get to the fire hall and respond to the emergency.”

While locals have been catching on, the warning is for the out-of-towners.

Faraday volunteer firefighter Travis Parks said, “The biggest problem is when people come north of the city from Toronto, Windsor and so on, they just don’t know.”

Sears added that “local people have caught on and it’s getting better and better every year -- we just want drivers to respect the flashing green light.”

When seconds count, and you see a green flashing light behind you, don’t give it a second thought and pull over, Sears urged.

“We could be heading to your mom or dad’s place or your family cottage, please respect the green.”