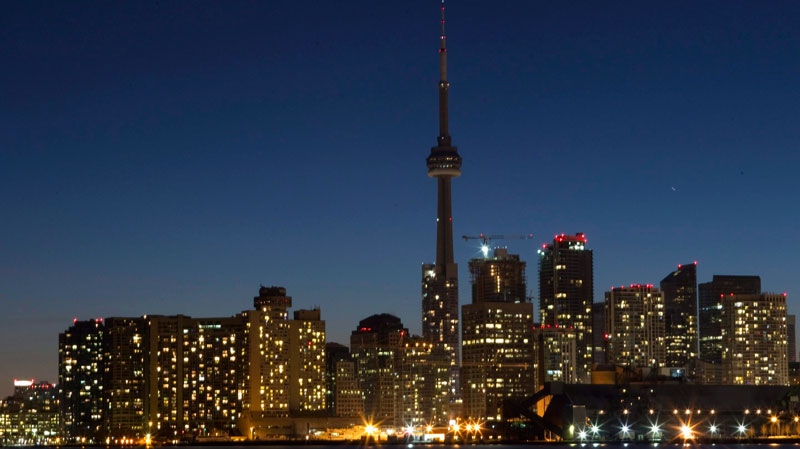 Forty years ago, city planners had a vision for Toronto's high-rise apartment dwellers that has not quite survived the test of time.

When suburban high-rise neighbourhoods such as the North Kipling towers in Etobicoke were planned in the 1960s and 1970s, it was assumed that most dwellers would be single and move to houses as soon as possible.

A reliance on cars was also assumed, even in apartment areas near the downtown core. With such an emphasis on personal vehicles, the importance of neighbourhood walkability was undervalued.

It was rarely considered that one might walk to the store.

But the reality nowadays is that high-rise complexes are not temporary homes in Toronto. Residents are planning a family in communities often purposely-built disconnected from their surroundings.

The juxtaposition between planning 30 years ago and execution today can be frustrating. In many cases, it results in residents feeling isolated in their own homes, according to a recent study.

"There is a whole complex of problems that are actually planned right into these neighbourhoods," said Paul Hess, the director of the University of Toronto's Program in Planning. "And it is partly because they were conceived for a particular type of family that just doesn't fit how our society is anymore."

Earlier this year, Hess led a study on behalf of the group Jane's Walk to research the walkability of eight high-rise apartment neighbourhood developments in suburban and downtown Toronto. The goal was to find out how residents felt about the neighbourhood outside their front door.

The result, in most cases, was a sense of pride mixed with frustration stemming from a feeling of disconnection from simple amenities like grocery stores and bus stops.

"Many of the planners never thought of apartments as places where families would reside, at least for any length of time. They were seen a transitional housing or housing until a couple got married," Hess said.

This led planners to organize such towers to be very separate from schools and parks, Hess said. The separation has led residents to grind new pathways though private property, cutting across fields and through fence lines to reduce the distance to local points of interest.

But the problems with walkability go beyond the planning phase to ongoing upkeep. Suburban high-rise residents commonly have lower incomes and building maintenance is occasionally shirked.

Cracked walkways, pooling water, litter and broken benches were among the frustrations reported during the study. The results found that the poor walking conditions led people to avoid the neighbourhood, with residents often avoiding interaction with one another because of it.

"It is not universally the case at all, but certainly the people living in these places speak of feeling demoralized by some of that stuff," said Hess. "When you go out into your environment and it is not a pleasant place, it is not a place you want to spend time."

Despite their complaints and frustrations, many residents still told researchers that they enjoyed walking in their neighbourhood. They were aware of its negative appearance to the outside and wanted to make their neighbourhoods better.

Hess pointed to the Scarborough Village neighbourhood, on Eglinton Avenue at Kingston Road, as an example of how residents, landlords and the city can come together to improve a neighbourhood's situation.

The members of the community and the building's owner worked together to clear a major point of contention: there was no pathway to a local shopping area. With the help of the city, the group cut back trees, smoothed a pathway and widened a gap that had been dug through a fence to create an actual walking path.

"Some of the people we talked to expressed those kinds of concerns. Many of them also expressed being attached to their communities and actually having socially networks that they valued," he said.