TORONTO -- A small town near Amsterdam is planning to salvage a downed bomber from the Second World War and give the crew’s remains a proper burial.

One of those on board was Harry Farrington, a 24-year-old from Niagara Falls, who had just married and had signed up to fight the Germans.

Farrington was one of two Canadians flying on a Short Stirling, a British bomber plane, for the Royal Canadian Air Force.

On March 23, 1943, Farrington was the navigator on a bombing run into Germany. The plane was shot down over the Netherlands and the crew went missing.

Farrington's family in Niagara Falls received a cable from the RCAF.

"I deeply regret to inform you, your son, Flying Officer Harry Gregory Farrington, previously reported missing on active service, is now for official purpose, is presumed to have died.”

Farrington’s remains were never found at the time.

"I basically knew he had been shot down and that’s all I knew," Farrington's now 93-year-old sister Edith McLeod told CTV News Toronto.

However, a few years ago, the wreckage of a Short Stirling Bomber was found in a lake near Amsterdam, and a nearby town, named Almere, wants to bring it to the surface

"I think it is marvellous, I didn't think it would ever happen," McLeod said. 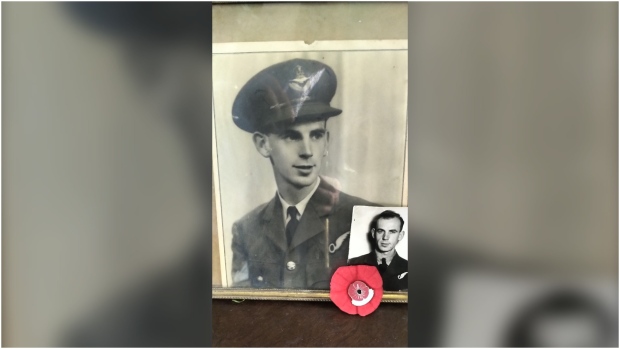 The Almere Council said in a statement that it was responding to requests from family members of the deceased.

"The City Council of Almere wants to salvage the aircraft. Relatives have asked the city to recover the remains of their family members, in order to give them a proper burial," the council said.

At the end of March, a salvage crew will begin the process of bringing the downed bomber to the surface.

"The city council supports this request since the crew has paid the ultimate price for us to enjoy our freedom today. Furthermore, it offers relatives the chance to say goodbye to their beloved family members properly. "

Farrington's niece, Fiona Williams, said she hopes that, after all these years, this will bring some closure to her aunt.

"I just think it is great [that] she now knows where her brother is, because originally she thought he was over Germany, and now we know he wasn't. He actually completed his mission and was on his way back.”

Farrington's sister said she plans to visit the Netherlands when her brother's remains are recovered.