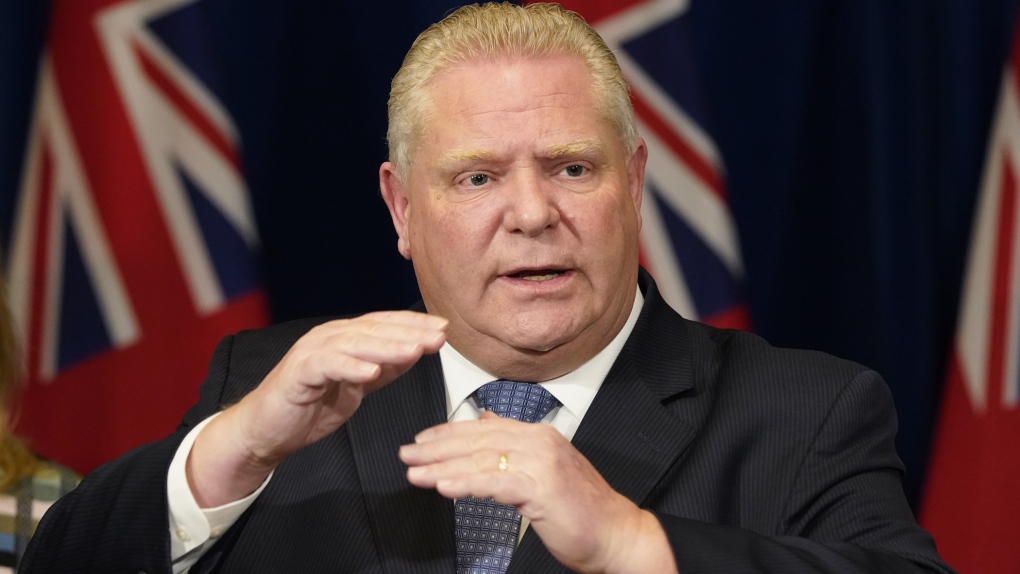 TORONTO -- Millions of Ontario ratepayers who are now facing higher hydro bills as they self-isolate at home due to COVID-19 could receive "relief," according to Premier Doug Ford, who said his government wants to "take the burden off families" during the pandemic.

Residents across the province, who are being told to work-from-home or who choose to self-isolate, have expressed concerns about expensive daytime electricity rates, which many fear could lead to pricey hydro bills once the pandemic has passed.

Ford said during a news conference on Saturday that his cabinet met to discuss the energy pricing issue, and will announce new temporary measures over the next few days to give homeowners options.

"We'll make sure we'll give them that flexibility to get through these tough times," Ford said.

Ontario relies on smart meters to track a homeowner's electricity usage, and the price-per-kilowatt can vary depending on what time of day residents lean on the energy grid.

Ratepayers are given on-peak and off-peak hours to perform their daily chores such as laundry, cooking and running the dishwasher -- the cheapest rates available are evenings, overnights and weekends.

The Ontario Energy Board, which sets energy prices in the province, acknowledged the concerns in a statement this week and said more information would be available in the "coming days."

"We’ve received many requests about lowering electricity prices during this unprecedented time. The Ontario Ministry of Energy, Northern Development and Mines is looking at programs and policies to support electricity customers during the COVID-19 pandemic," the statement read.

Ford suggested that he wants to ensure residents can use their appliances any time they wish during the self-isolation period.

"If they're home all day, because they're self-isolating, they may want to do the wash at noon time instead of waiting at night time. The might want to so some cleaning," Ford said.

While it's unclear what tools the province will use to solve the issue, the government has already been forced to spend $5.6-billion during this fiscal year to keep hydro rates stabilized.

Finance Minister Rod Phillips is expected to deliver an economic update -- instead of the 2020 budget -- on Wednesday.