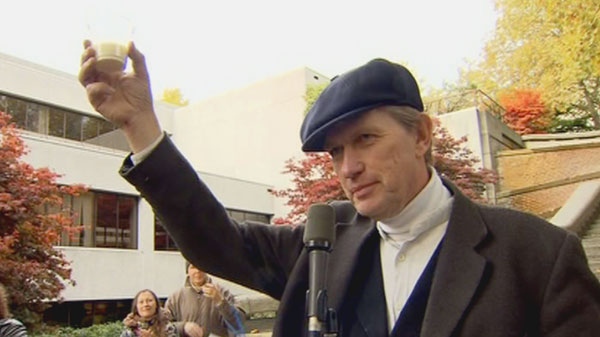 Schmidt began his hunger strike in late September after he was found guilty on 15 of 19 charges related to the sale and distribution of raw milk.

The Durham farmer, who has been fighting for years for the right to sell unpasteurized milk, had a meeting today with the premier's chief of staff when McGuinty decided to join in.

A spokeswoman for McGuinty says the meeting went well, and Schmidt was invited to speak to the Liberal caucus, but the government will not change its position to allow the sale of raw milk.

The Health Protection and Promotion Act makes it illegal to sell unpasteurized milk in Canada because it's considered a health hazard. It is, however, legal to drink raw milk.

The province says it will continue to rely on the best advice of medical experts when it comes to selling raw milk.