Ranked ballot explained: Here's how your vote would count 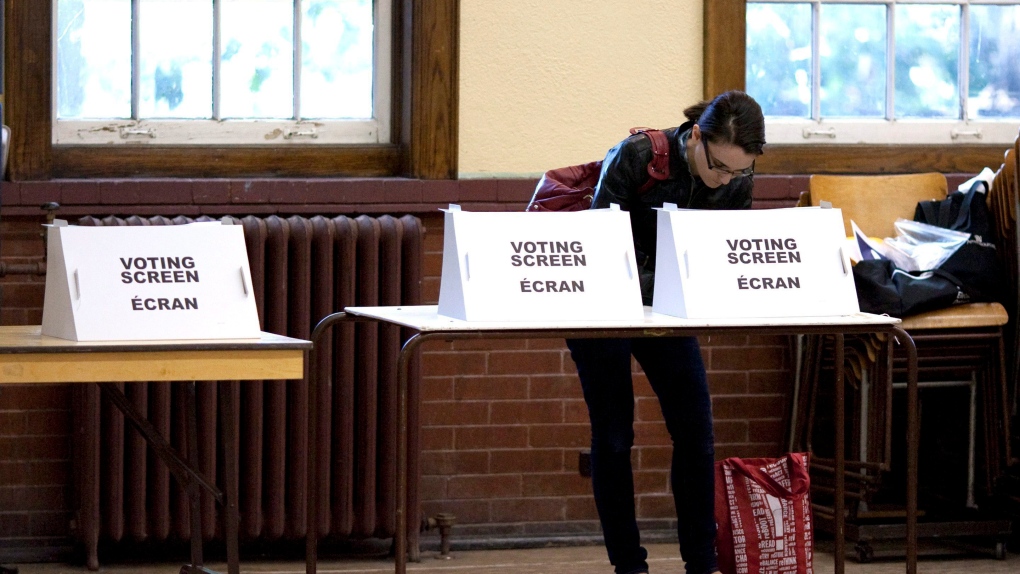 A woman casts her ballot at a voting station in Toronto as voters participate in the Ontario Provincial Election on Thursday October 6, 2011.(Chris Young / THE CANADIAN PRESS)

The provincial government introduced new legislation that if passed, would give municipalities the option of allowing voters to rank candidates on the ballot.

This system is called a ranked-ballot system.

On Monday, Ted McMeekin, the Municipal Affairs and Housing Minister, tabled legislation that would permit the use of this system by the 2018 municipal elections.

The legislation would make changes to the Municipal Elections Act that would, if passed, “modernize municipal elections,” according to a news release by the Ontario government.

Of the 444 municipalities in Ontario, none of the jurisdictions currently use the ranked system.

In October, Toronto city council passed a motion asking the province to not allow ranked balloting.

Etobicoke Coun. Justin Di Ciano has been outspoken against the change, arguing that a more complex voting system may turn voters off from going to the ballot box.

However, now that the province is giving municipalities a choice on voting systems, Di Ciano is meeting with Dave Meslin, the leading proponent of electoral reform, on Friday to discuss the matter.

"For the record, I think it's great that @JustinDiCiano has taken a lead on voting reform and I'm looking forward to working with him," he tweeted. "It's quite easy for politicians to simply ignore this topic, so he gets credit for taking a position and speaking publicly about it."

Here is a closer look at how ranked balloting would work, should a municipality adopt the system.

Ranked Ballot System in Canada
Create your own infographics