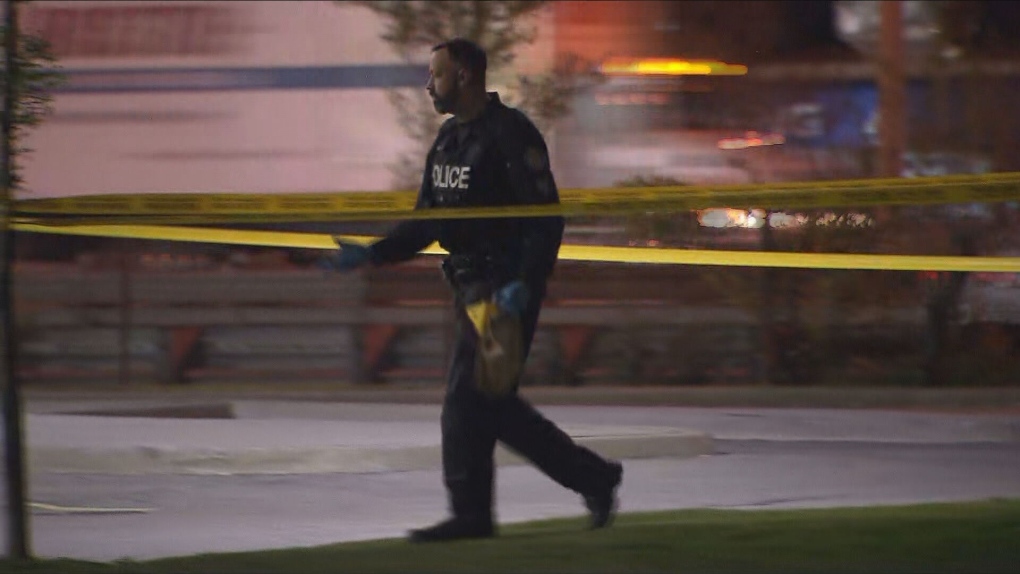 Police investigate an armed carjacking near Islington Avenue and The Queensway Monday May 16, 2022.

Toronto police say they are looking for suspects after a Range Rover was stolen in an armed carjacking in Etobicoke Monday evening.

Police said they were called to the area of Islington Avenue and The Queensway at around 7:45 p.m. for a carjacking.

A man had his Range Rover stolen by three suspects – two of them armed with handguns and another with a knife – before the suspects fled the scene, police said.

Yellow police tape cordoned off the parking lot at a movie theatre in the area and police could be seen placing evidence markers Monday night.

Nobody was injured in the incident, police said.

It’s the second time in days that a carjacking has been reported in the neighbourhood.

On Saturday evening, police said two men unsuccessfully tried to carjack a woman near Islington Avenue and The Queensway before fleeing on foot.

It is not known whether the two incidents are connected.

Police are urging anyone with further information to contact investigators.

Rwanda to Germany: Canada to elevate small Commonwealth nations' concerns at the G7

Foreign Affairs Minister Melanie Joly says Canada will be bringing the concerns of smaller Commonwealth nations to the G7 leaders in Germany Sunday, particularly the growing threat of famine.