Quick arrests in Scarborough shooting was due to enhanced presence, police say

TORONTO -- An enhanced police presence in a Scarborough neighbourhood that has been plagued by gun violence may have helped bring about the quick arrest of three underage suspects in a brazen shooting on Thursday night.

The shooting, which left two men with serious injuries, took place at a restaurant near Danforth Road and Savarin Street at around 9:30 p.m.

Surveillance video of the incident obtained by CTV News Toronto shows a man walking away from the scene. Three other men remain standing in front of a nearby business. Moments later, shots are fired.

Police say that officers happened to be in the area on patrol at the time as part of an effort to beef up the uniformed presence in the neighbourhood.

They say that those officers were close enough to hear the gunshots and were able to rush to the scene just in time to see the suspect vehicle speeding away.

They then began a pursuit of the vehicle that lasted for about eight kilometres. The pursuit eventually came to an end after the suspect vehicle crashed in the eastbound collector lanes of Highway 401 near McCowan Road. Three youths were arrested at the scene and police seized two loaded guns. They are now facing dozens of charges, including attempted murder and aggravated assault. 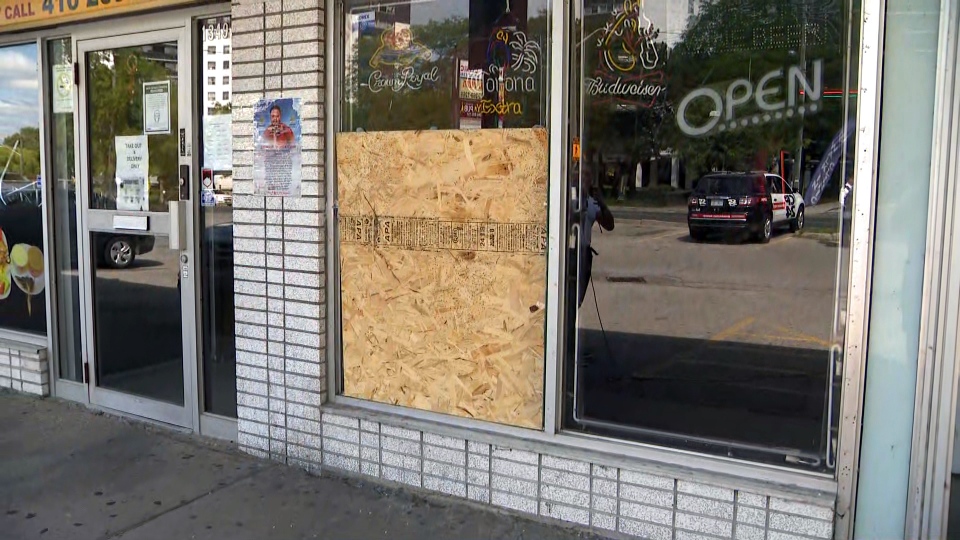 “We have put a lot of resources into this particular area and I think as a result of those resources being here we were able to respond almost instantly to this,” Supt. Dave Rydzik told reporters on Friday morning. “You know with incidents like this time is of the essence and I am glad to say we had enough resources up here to be able to almost instantly respond to the call.”

Rydzik said that there have been eight other shootings that have taken place within a kilometre of Danforth Road and Savarin Street over the last month, prompting police in 43 Division to significantly enhance their presence in the area. 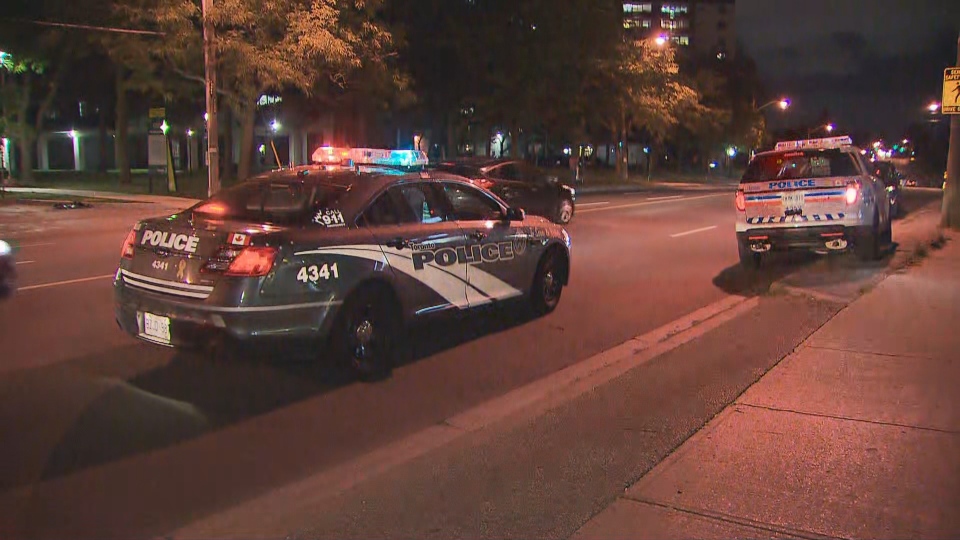 He said that while most of the shootings have resulted in property damage only, the sheer frequency of occurrences has been an increasing concern for police who he said “will leave no stone unturned” in trying to determine what is happening.

“Something is going on and obviously we are looking at every avenue,” he said. “This is kind of personal for me. I grew up not too far from this particular area and this is where I started my policing career.”

Rydzik said that police will continue to conduct “high visibility” patrols in the neighbourhood for the foreseeable future.

He said that officers have also conducted safety audits of some nearby buildings and will continue to do so.

“Obviously we have put a great deal of resources into this community because of the problems that have been going on and that doesn’t end because we arrested some people last night,” he said. “We don’t know that they are connected to other incidents in this community and we don’t want to assume that so we are going to continue our efforts and people are going to see that.”