TORONTO -- The Queen Elizabeth Way has reopened in Burlington following a fatal crash that left two women dead and three other people with injuries.

The Ministry of Transportation said sometime before 6 a.m. Tuesday multiple cars collided on the ramp from Brant Street in Burlington to the Toronto-bound QEW.

“A motor vehicle crossed over from the westbound lanes into the eastbound lanes where there was a significant collision,” OPP Const. Kevin Westhead said.

That vehicle, a Mitsubishi Lancer, struck an Acura and a Ford pickup truck, while a fourth vehicle rolled into the ditch. 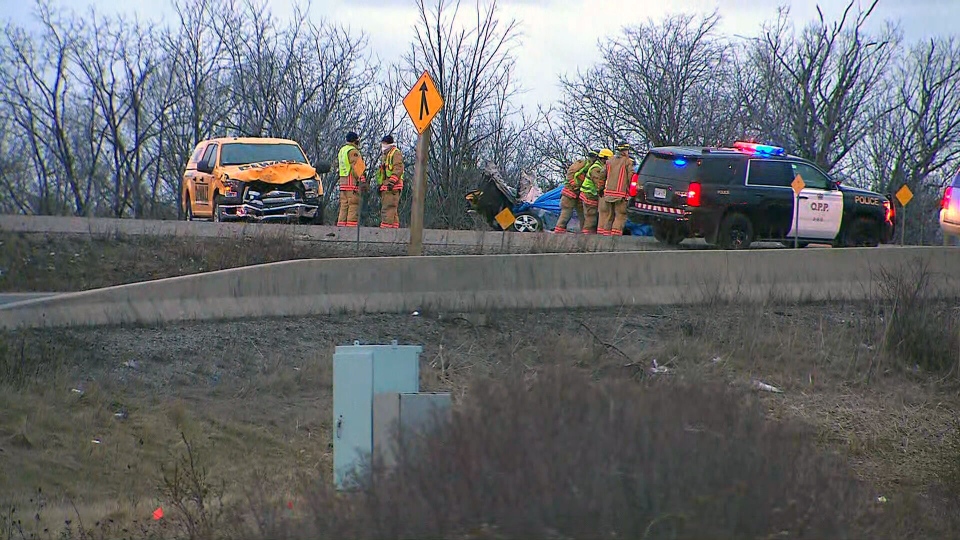 Halton Paramedics told CP24 that two people were pronounced dead at the scene, one other person was taken to a trauma centre in critical condition and two others were taken to local hospitals.

Westhead said the two deaths involved women who were in the vehicle that crossed through a wide ditch separating westbound and eastbound lanes.

Their vehicle was mangled beyond recognition.

The OPP said that four vehicles were involved in the crash.

The highway was closed in both directions for most of the day but the Niagara-bound lanes did reopen at Brant Street just before 3 p.m. The Toronto-bound lanes then reopened just after 4 p.m.