'Purpling' practice at universities under review amid Health Canada warning 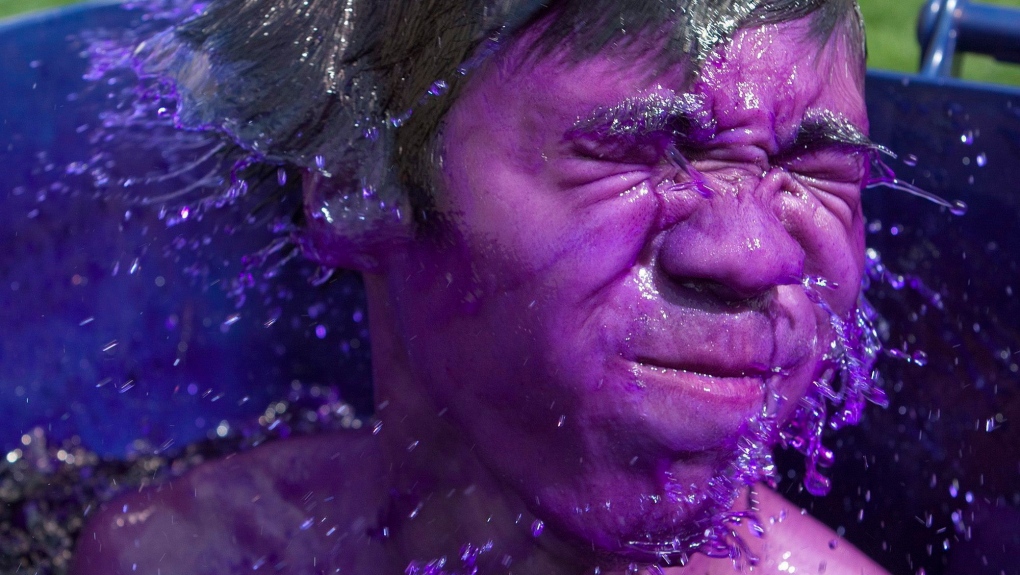 Some engineering students are rethinking how to approach a long-standing tradition of dying their bodies purple in the wake of a Health Canada warning.

Student representatives at Queen's University and the University of Toronto say they're looking at alternatives to gentian violet after health products that contain the substance was linked to an increased risk of cancer.

The dye is popular among some campus engineering societies who've made it a tradition to colour students' hair, pinkies, and even entire bodies at frosh events.

Laura Berneaga, president of the University of Toronto engineering society, says it's considered a way to honour engineers of yore who used to wear purple armbands as identification.

But now that it's come under Health Canada scrutiny, she says her school's orientation committee is searching for possible alternatives.

"We want to make sure that safety is the number one priority for us," says Berneaga, adding that they'd like to continue the rite of passage, if possible.

"Whatever option we end up going with, we want to make sure the students feel safe participating in this tradition."

"After completing two safety assessments, the department concluded that, as with other known cancer causing substances, there is no safe level of exposure, and therefore any exposure to these drug products is a potential cause for concern," the agency says in a statement.

Over at Queen's University in Kingston, Ont., the engineering society president says they are taking a cautious approach.

"Given the clear health warning issued by the government, the engineering society cannot endorse the use of gentian violet. The society is currently researching alternatives," says Delaney Benoit, reading a statement also posted to Facebook.

Benoit says her society also previously sold the dye directly to some students who used it to colour their leather jackets.

Berneaga, a mechanical engineering student, says the solution used at her school involves one gram of dye per 600 litres of water, and an unspecified amount of isopropyl alcohol.

She says students are told to close their eyes and mouths when they dunk themselves in a tub, sometimes several times to get multiple coats of colour.

The 21-year-old says she herself took part in the tradition in her first year when she donned a bathing suit and submerged her whole body.

"We do encourage (students) to dye purple, especially considering the back story and the reason why we do it, but it's never a mandatory thing," she says.

"We have been taking active steps to reach out to Health Canada as well to see if our use of the dye is appropriate. The way we use the dye is very different compared to what the report outlines. However, the one thing we do always want to make sure is that we put the students' safety first."

Ben Mucsi, who oversees the engineers' orientation activities at U of T, adds that they've turned to faculty for guidance and were committed to following Health Canada guidelines.

"Of course we want to ensure that we're not using any products that would be deemed unsafe for students," Mucsi, 22, says.

Health Canada says products containing the dye have been used on the skin, on mucous membranes inside the nose, mouth or vagina, on open wounds, or on the nipple of a nursing mother to treat oral thrush in infants.

There was only one non-prescription drug product containing gentian violet marketed in Canada that is known to used by nursing mothers, Health Canada states.

"The manufacturer has voluntarily stopped marketing this product in Canada and its product licence has been cancelled."