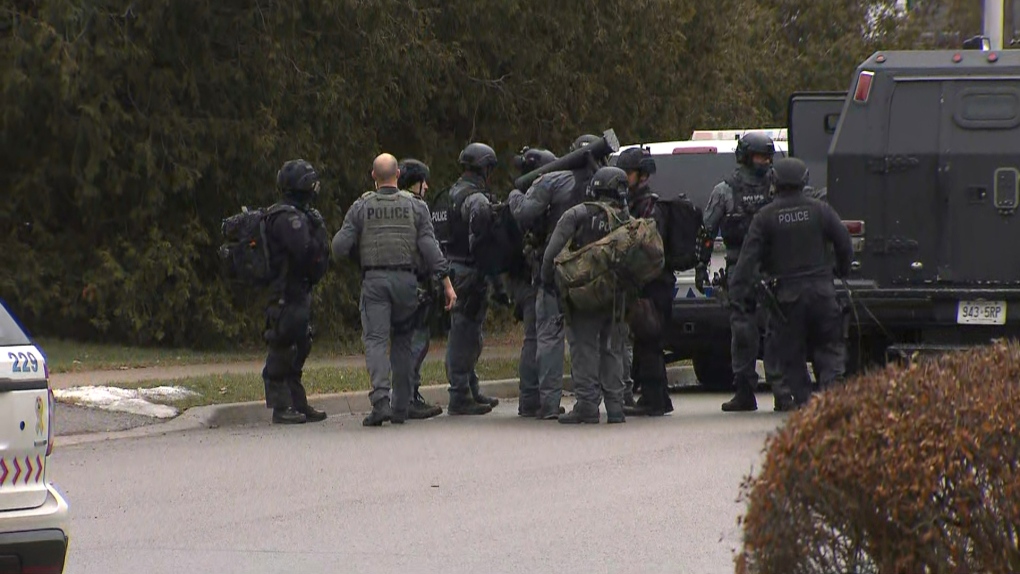 Police officers are seen responding to an incident in Richmond Hill on Dec. 27, 2019. (CTV News Toronto)

TORONTO -- The province’s police watchdog has terminated its investigation into a Richmond Hill shooting that led to an hours-long standoff between officers and a 34-year-old man last month.

During the morning hours of Dec. 27, an officer inside a marked York Regional Police cruiser spotted a person of interest operating a vehicle in the area of Bayview Avenue and Major Mackenzie Drive. 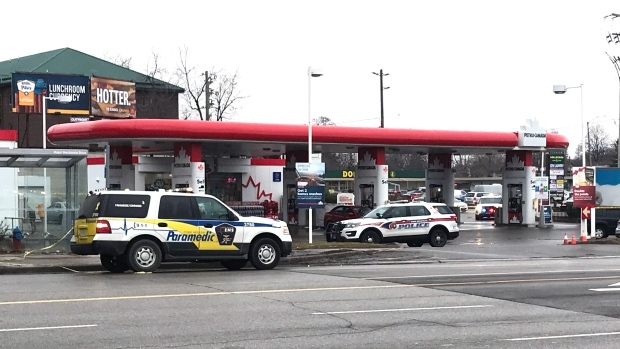 At the time, the officer learned there were grounds to arrest the man “due to breach of conditions,” according to officials.

An investigation conducted by the province’s Special Investigations Unit (SIU) revealed that the man pulled into the parking lot of a gas station at around 10:30 a.m. and the officer followed.

“While the man was assisting a person with their vehicle, the officer approached him to place him under arrest,” the SIU said on Monday. “The man ran, and there was an exchange of gunfire between him and the officer.”

“The man then entered his vehicle and left the parking lot, with the officer following behind.”

The man then fled the area and headed to his home before barricading himself inside. Police officers then surrounded the area of the residence for about 12 hours, making several attempts to try to get the man to come outside, including throwing tear gas inside, officials said. 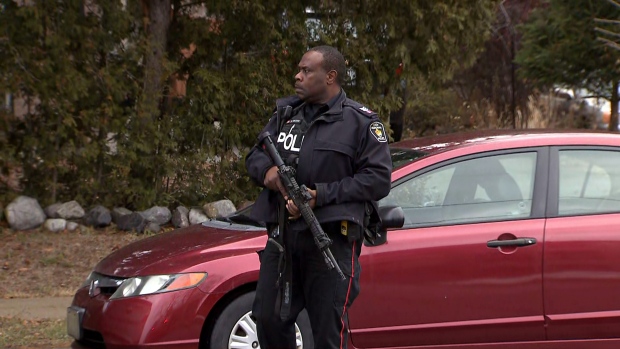 The man then “used a long gun to shoot at the police officers,” the SIU said.

No officers sustained any injuries at the time.

The man then surrendered to police around 10:30 p.m. “on his own will,” officials said, adding that he “walked out of the home and was placed in custody.”

The SIU, which is an arm’s length agency called in to investigate whenever police are involved in a death, serious injury or allegation of sexual assault, then met with the man inside a courthouse jail cell the following day.

Up until officials with the SIU met with the man, it was not known if he had been shot or sustained any other injuries during the events that took place.

“Based upon the SIU’s preliminary inquiries, including an interview with the man and a review of a video recording of the incident from the gas station, it is evident that the man did not sustain any serious injury,” the SIU said on Monday.

“Consequently, the SIU is without statutory jurisdiction to proceed further with its involvement in the matter. The SIU investigation is therefore discontinued and the file is closed.”

Richmond Hill resident Anoshirvan Shirizadeh is facing more than 10 charges in connection with the case, including attempted murder and careless use of a firearm.

Thank you to our community, media and the @TorontoPolice Emergency Task Force for your patience, professionalism and assistance during yesterday's lengthy incident on Elmwood Avenue in Richmond Hill. For an update on charges laid click the link --> https://t.co/6lVOoFN3a2