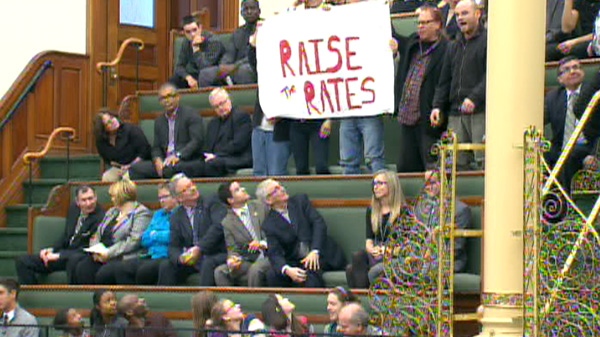 A protest erupted inside the Ontario legislative building on Tuesday as members of the provincial parliament debated a contentious budget plan.

Shouts of ‘shame' could be heard coming from the legislature's viewing area before Speaker Dave Levac called for order.

The chanting protesters triggered a temporary recess as Ontario's lawmakers prepare to vote on the Liberal government's budget proposal. Tuesday's session has since resumed.