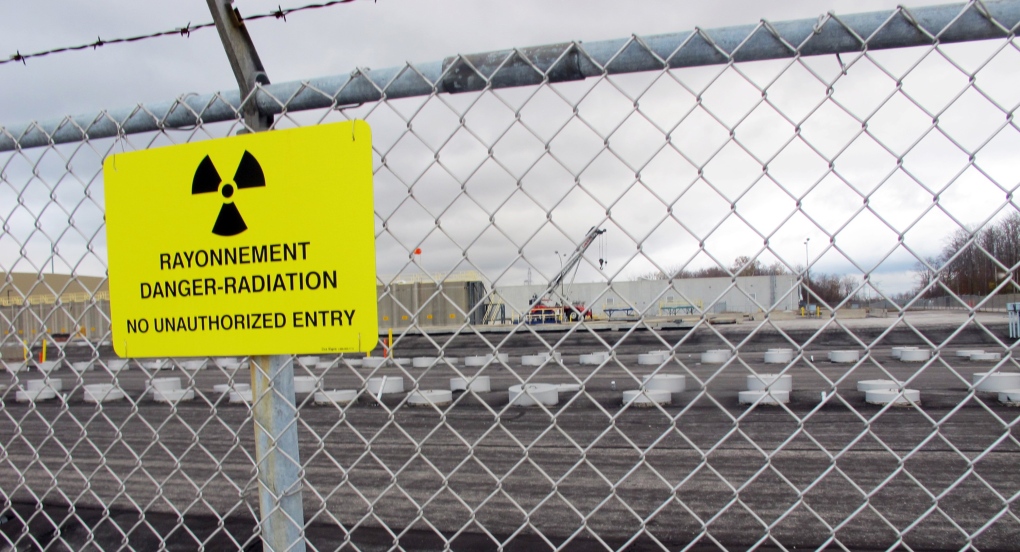 KINCARDINE, Ont. -- Ordinarily, a proposal to bury radioactive waste in a scenic area that relies on tourism would inspire "not in my backyard" protests from local residents -- and relief in places that were spared.

But conventional wisdom has been turned on its head in Ontario, where a publicly owned power company wants to entomb waste from its nuclear plants 680 metres below the surface near Lake Huron.

Some of the strongest support comes from Kincardine and other communities near the would-be disposal site at the Bruce Power complex, the world's largest nuclear power station, which produces one-fourth of all electricity generated in Canada's most heavily populated province. Nuclear is a way of life here, and many residents have jobs connected to the industry.

Meanwhile, the loudest objections are coming from elsewhere in Canada and the U.S. -- particularly Michigan, which shares the Lake Huron shoreline with Ontario.

Critics are aghast at the idea. They don't buy assurances that the waste would rest far beneath the lake's greatest depths and be encased in rock formations that have been stable for 450 million years.

"Neither the U.S. nor Canada can afford the risk of polluting the Great Lakes with toxic nuclear waste," U.S. Reps. Dan Kildee, Sander Levin, John Dingell and Gary Peters of Michigan said in a letter to a panel that is expected to make a recommendation next spring to Canada's federal government, which has the final say.

The decision on the $1 billion Canadian project could influence the broader debate over burying nuclear waste deep underground, said Per Peterson, a nuclear engineering professor at the University of California at Berkeley, who served on a national commission that studied the waste issue in the United States. The U.S. government's plan for building a repository at Yucca Mountain in Nevada has been halted by stiff opposition.

"Demonstrating that this facility can be approved and operated safely is important because it can improve confidence that future high-level waste facilities also can be operated safely," Peterson said.

The Canadian "deep geologic repository" would be the only deep-underground storage facility in North America, aside from a military installation in New Mexico. Other U.S. radioactive waste landfills are shallow -- usually 30 metres deep or less.

The most highly radioactive waste generated at nuclear plants is spent fuel, which wouldn't go into the Canadian chamber. Instead, the site would house "low-level" waste such as ashes from incinerated mop heads, paper towels and floor sweepings. It also would hold "intermediate waste" -- discarded parts from the reactor core.

The project would be operated by Ontario Power Generation, a publicly owned company that manages waste generated by its nuclear reactors and others owned by Bruce Power, a private operator. Officials insist it's the safest way to deal with radioactive material that has been stored aboveground since the late 1960s and needs a permanent resting place.

"We've had many scientists and engineers studying this for many years," OPG spokesman Neal Kelly said. "They've concluded that it will not harm the environment or the public."

Most of the waste would decay within 300 years, but the company acknowledges the intermediate waste would stay radioactive for more than 100,000 years. That's too long for Eugene Bourgeois, who has a wool yarn business near Bruce Power.

"We have only recently discovered radioactivity," he said. "It's arrogant to think we're smart enough to know what it will do to life on this planet over such a long time."

Larry Kraemer, mayor of Kincardine, says most of his constituents don't share those fears. The risk of radioactive pollution is "so low as to be almost unimaginable," he said. "The people here draw their drinking water from the lake. We're certainly not going to take any chances with it."

Kincardine is among several small communities hugging the shoreline in southern Ontario's Bruce County, which has miles of sandy beaches popular with tourists -- particularly from Toronto, about three hours southwest. The downtowns are lined with shops, restaurants, parks, museums and woodsy footpaths.

The area's first nuclear plant was built in the 1960s in countryside north of Kincardine. The sprawling Bruce Power site now has eight reactors and employs about 4,000 people. Kraemer says about half the jobs in his town of 12,000 are connected to the industry.

"We don't have the knee-jerk reaction when someone says 'nuclear' that other people do," said Joanne Robbins, general manager of the chamber of commerce in nearby Saugeen Shores. "We grew up with it."

Beverly Fernandez, leader of the group that started the online petition, lives in Saugeen Shores but admits she's focusing on rally opposition outside the area because the industry is so popular in Bruce County -- which she dryly labels "the nuclear oasis."

Company specialists say the waste would be placed in impermeable chambers drilled into sturdy limestone 680 metres below the surface, topped with a shale layer more than 180 metres thick. The lake's maximum depth in the vicinity of the nuclear site is about 180 metres.

But Charles Rhodes, an engineer and physicist, contended seeping groundwater would fill the chamber in as little as a year, become contaminated and eventually reach the lake through tiny cracks in the rock.

"It's only a question of how long, and how toxic it will be when it gets there," he said in an interview.

Kraemer, the Kincardine mayor, said naysayers should be grateful his town is willing to shoulder a burden few others would accept.

"Opposition without responsibility is just a little too easy," he said.