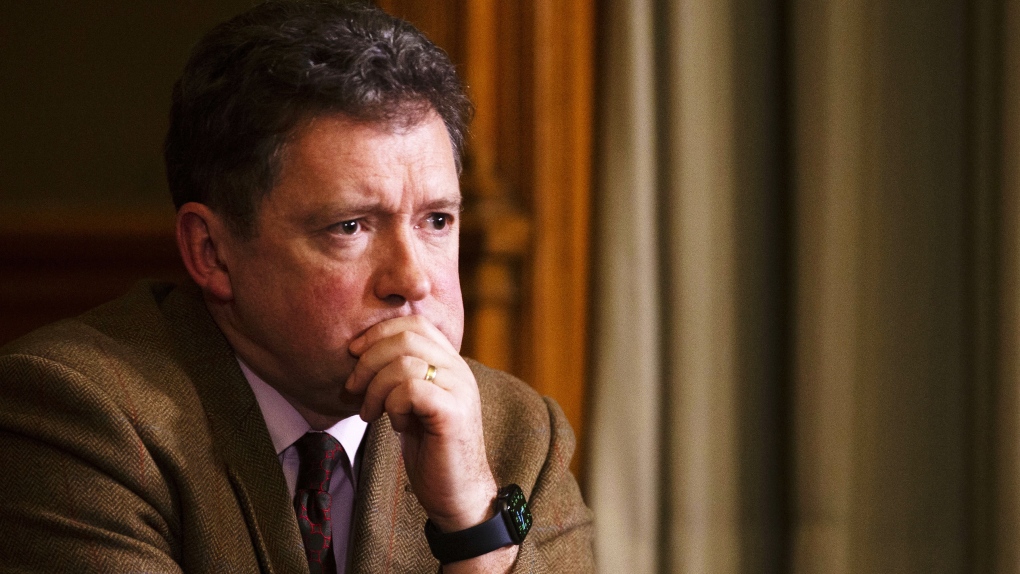 TORONTO -- The president and CEO of Public Health Ontario is temporarily stepping down from his post for medical reasons, the agency confirmed Thursday.

Dr. Peter Donnelly, who has helped lead Ontario’s strategy to flatten the COVID-19 curve, will be replaced in the interim by Colleen Geiger, Public Health Ontario’s chief of strategy, stakeholder relations, information and knowledge.

A spokesperson for Public Health Ontario said Donnelly’s medical issues are not related to COVID-19.

“Dr. Donnelly is an absolute champion. He’s amazing," Premier Doug Ford said at a news conference on Thursday. "Unfortunately he has to step aside for medical reasons but I can’t wait to have Dr. Donnelly back and have him part of the team.”

Last week, Donnelly, along with other members of the province’s COVID-19 command table, shared projections that showed Ontario could see between 3,000 and 15,000 virus-related deaths over the estimated two-year lifespan of the pandemic.

Premier Doug Ford called the modelling numbers “sobering” and on Wednesday, the premier expressed frustration with the lack of testing in the province.

The province, which has the lowest rate of testing of all provinces per capita, has the capacity to conduct more than 13,000 tests per day, about 9,000 more tests than are currently being carried out in Ontario on a daily basis.

Ford said his “patience has run thin” and there can be “no more excuses” for the province’s low testing numbers.

"We could sit here and I could give you a list all day long of what we hear from our team," the premier said.

"But we have to move forward and learn from our mistakes in the past."

Ford’s comments come amid a report from The Toronto Star revealing that Toronto’s former medical officer of health Dr. David McKeown has been brought in to lead the premier’s COVID-19 command table.

During his daily news conference on Thursday, Ford said he is upset at “the system” and not with any specific member of the province’s public health agencies.

“I was elected to come down here and change the system and we have made tremendous changes. But when crisis happened, you see where a lot of systems are broken down or systems where there hasn’t been a playbook to get through a crisis like this and I understand that. I believe in our people.”