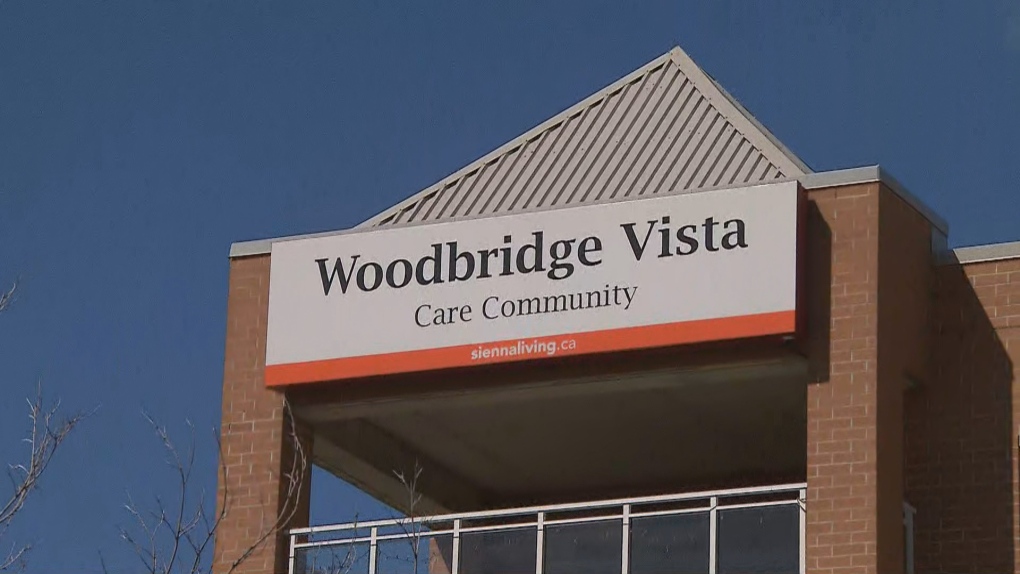 The for-profit nursing home company said in a statement Friday that Lois Cormack advised its Board of Directors that she is stepping down for personal reasons.

According to provincial data, more than 225 residents of Sienna Senior Living long-term care homes in the GTA have died after contracting COVID-19.

The nursing home company has recently come under fire after 18 residents with COVID-19 infection at Woodbridge Vista Care Community were transferred to area hospitals.

Families of residents and SEIU Healthcare union, which represents thousands of health-care workers, immediately called for the province to take over the home.

Last weekend, Canadian Armed Forces members were deployed at the facility, where 23 people have died since an outbreak was declared in early May.

Before the military was called in, the province appointed William Osler Health System as the home's interim manager, saying that the facility has been unable to contain the virus's spread.

Cormack's resignation is the second high-profile exit at the company.

Joanne Dykeman, then vice-president of operations at Sienna, was dismissed from her job last week after she allegedly mocked families of Woodbridge Vista residents during a virtual meeting.

The company has appointed Nitin Jain as its new president and CEO. He served as Chief Financial Officer and Chief Investment Officer at Sienna since joining the company in 2014.

"Sienna Senior Living is a company I know well, and I am confident that together with the leadership team and our dedicated team members, we will stabilize this company and re-position it for success," Jain said in a statement.

"Now it's more important than ever that we work collaboratively with all of our stakeholders as we focus on caring for our seniors. These Canadians represent a generation that contributed so much to our society and to our country. We owe it to them to help them age with dignity."

Woodbridge Vista Care Community is the second Sienna Senior Living home where the military has been called in to provide support.

Canadian soldiers were also sent to Altamont Care Community in Scarborough, where 53 residents have died. In May, the military shared a damning report detailing the issues they have identified in the long-term care facilities where they have been deployed.

At Altamount Care Community, Brigadier-General C.J.J. Mialkowski said that residents didn't typically receive three meals a day due to staffing issues and often faced a "significant delay" in getting food.

He said that at least 15 residents also developed significant pressure ulcers as a result of "prolonged bed rest."

"At time of arrival, many of the residents had been bed-bound for several weeks," he said. "There was no evidence of residents being moved to wheelchairs for parts of the day, re-positioned in bed or washed properly."

On Friday, the province said the deployment of Canadian Forces members to select Ontario long-term care homes experiencing COVID-19 outbreaks has been extended for another two weeks.

The province also took over Sienna's Camilla Care Community in Mississauga, where 67 residents have died after testing positive for COVID-19.

According to Peel Region Public Health, the COVID-19 outbreak at the facility was declared over on Sunday.