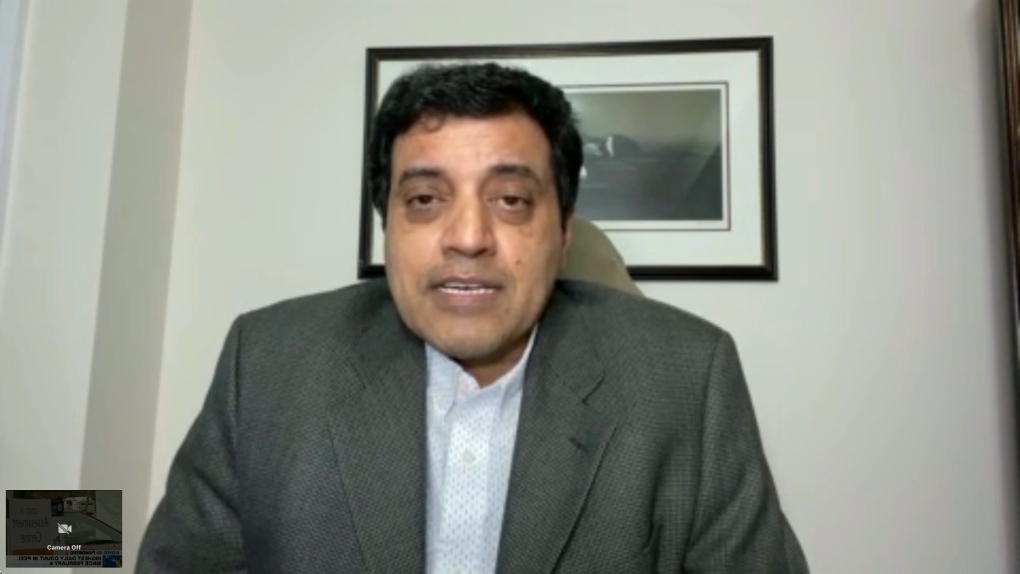 Dr. Naveed Mohammad is the president and CEO of William Osler Health System.

The president and CEO of William Osler Health System is out after less than two years on the job.

The hospital networks board of directors announced on Monday that Dr. Naveed Mohammad will no longer serve as President and CEO effective immediately.

No reason was given Mohammad’s departure, nor did officials confirm whether he resigned or was asked to leave the positions by the board of directors.

Mohammad took on the roles in April 2020, leading Brampton Civic Hospital, Etobicoke General Hospital and the urgent care centre at Peel Memorial throughout the pandemic.

The board announced that Dr. Frank Martino, Osler’s Chief of Staff, has been appointed as Interim President and CEO.

“While this comes at a challenging time for Osler, Dr. Martino and Osler’s Leadership Team will continue to focus on the future – most notably on efforts to recover from the pandemic, supporting our teams, planning for redevelopment projects, and preparing for a successful Accreditation in May 2022,” said spokesperson Catalan in a statement to CTV News Toronto.

Under Mohammad’s leadership, William Osler has dealt with staffing shortages and increased patient volumes that exceeded hospital capacity due to COVID-19.

Last month, William Osler temporarily declared a “Code Orange” across the hospital network as COVID-19 case counts surged in the wake of the Omicron variant. At the time, Mohammad said the declaration is made when the demand for hospital care outpaced the capacity of the system.

Peel Memorial was forced to temporarily close in January amid the rapidly spreading Omicron wave.

In a memo to hospital staff regarding Mohammad’s departure obtained by CTV News Toronto, board Chair Geoffrey Ritchie indicated that a committee would be formed in the weeks ahead to begin a national search for a successor.

Brampton’s Mayor Patrick Brown was made aware of Mohammad’s departure during a call from the board chair, but had no comment on the decision.

Mohammad has worked for the hospital network for 25 years, starting off as an Emergency Physician at Etobicoke General.