The owners of a closed mom-and-pop stationary store in the city’s east end said they were shocked to learn that their beloved retail space could soon become a cannabis shop.

But he and his wife say they were surprised to learn their property was listed on the recent pot shop lottery. The new owner won a license for a legal cannabis store in the recent provincial lottery, and many community members aren’t pleased—least of all the daycare four doors down.

“Our priority is the safety of our children,” Beaches Montessori School co-owner Julie Mitchell said.

The preschool is just 30 metres down the street from the proposed new pot shop—well within the 150 metres that the government prescribes as the necessary buffer zone between a cannabis store and a school.

But provincial officials tell CTV News Toronto that child care centres are not covered by this rule.

“There are many more licensed child care settings, which include both child care centres and home based providers, than there are schools in Ontario, and including child care settings in buffer zone provisions would significantly limit potential sites for cannabis retailers, particularly in urban areas,” said Ministry of Education spokesperson Alexandra Adamo.

Adamo also stressed that there are no similar provincial restrictions on the proximity of alcohol or cigarette retailers to child care settings, and that no other Canadian jurisdiction has opted to impose cannabis retail buffer zones around child care settings.

But the preschool owners say they were caught off-guard by the “loophole.”

“Presumably, like most licensed daycares, [we] thought we were protected under the legislation,” said co-owner Leigh Anne Jacques.

“If a group of people got together and decided they needed to put a buffer zone around schools, we’re just looking for consistency.” 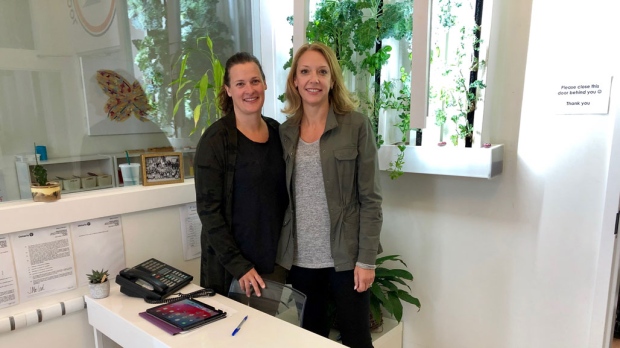 The Alcohol and Gaming Commission of Ontario notes that winning a license for a cannabis shop does not guarantee a successful application. The applicant must post a notice for 15 calendar days at the retail site once the full application is complete and the community then has an opportunity to provide feedback.

Des Gilling, who has shopped at Randall's Stationary since he bought his high school textbooks there in 1981, was sad to see the neighbourhood fixture close and be replaced by a cannabis shop so close to the Montessori school.

“They’re there for instruction, it’s not just a daycare,” he said. “So I think they should be included, recognized as a school.”