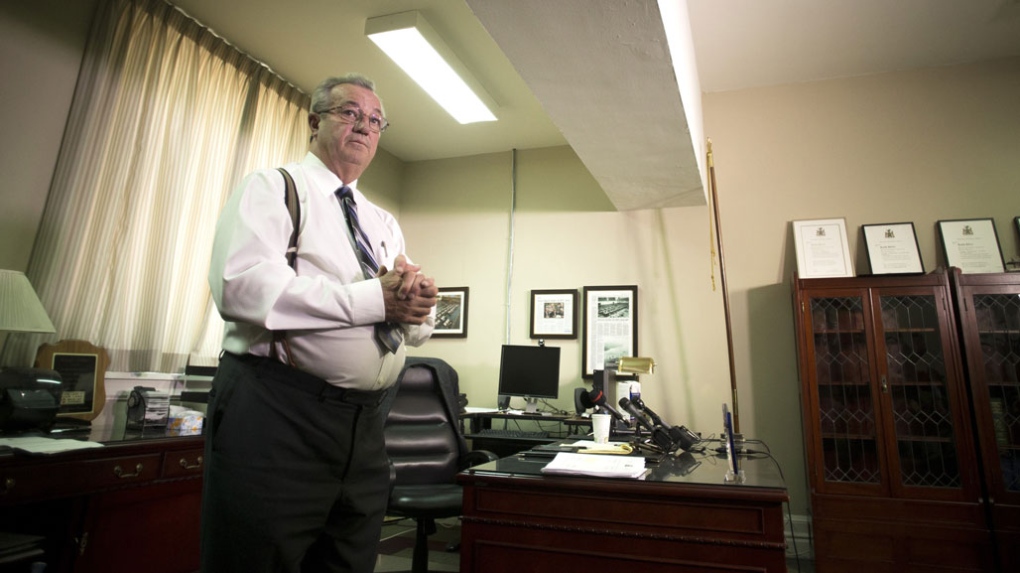 Ontario MPP Randy Hillier speaks to journalists in his office in the Ontario Legislature in Toronto on Tuesday, March 26, 2019. Hillier returned to Queens Park after being ousted from the Ontario PC Caucus. (THE CANADIAN PRESS/Chris Young)

TORONTO -- Premier Doug Ford's chief of staff is suing a former Progressive Conservative caucus member for defamation, alleging that Randy Hillier tried to "destroy" his reputation after being booted from the party.

Dean French alleges that shortly after being kicked off the Tory team, Hillier began a "libellous and defamatory" campaign against him. Hillier posted a series of tweets alleging French was involved in criminality and misconduct in two leadership races, French's lawyer said in a statement of claim.

"The defamatory tweets were fabricated by Mr. Hillier and maliciously published by him in relation to his misplaced animosity against Mr. French who he wrongfully blamed for his expulsion from the PC caucus rather than taking any responsibility himself," French's lawyer, Gavin Tighe wrote.

"These tweets were posted with the intention of attempting to destroy Mr. French's reputation by accusing him of having participated in criminal activity and election fraud both in Alberta and Ontario."

The article said some suspect domains were traced back to a hosting service and "linked to a network of ever-changing websites and domains," including mail.deanfrench.ca, but Tighe noted that the article did not suggest the domain was the property of French or that he was personally associated with the Alberta vote.

The UCP has confirmed to the media that no memberships were sold to anyone using a deanfrench.ca address, but Hillier did not tweet that, Tighe wrote.

French argues that in other tweets, Hillier also accused him of unlawfully ordering the destruction of ballots in the 2018 Ontario Progressive Conservative Party leadership race.

Hillier apologized in a Twitter post, but French says it was inadequate, in part, because it didn't address the PC leadership allegation and wasn't disseminated as widely as the original tweets.

French is seeking $100,000 in damages, which Tighe said would be donated to Big Brothers and Big Sisters of Lanark County, in Hillier's riding.

Hillier's lawyer, Asher Honickman, said his client will vigorously defend the claim and will be filing a statement of defence.

French's allegations have not been proven in court.