Power restored in parts of Toronto after large outage 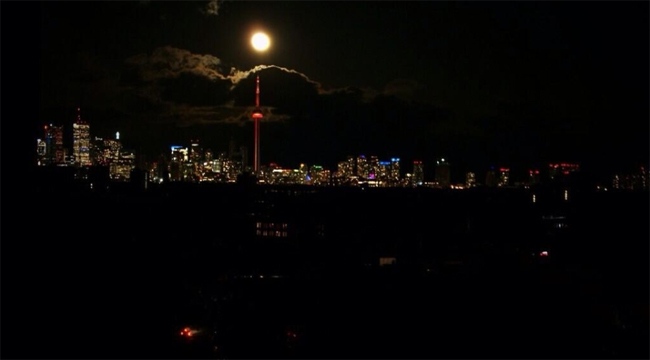 Thousands of Toronto Hydro customers were in the dark Tuesday night from a major power outage. (@GregTdot)

The utility had said the problem was with Hydro One equipment and that the cause was under investigation.

Hydro One said it was also investigating the cause.

Toronto Hydro did not say how many customers were left in the dark.

The outage began at about 9 p.m. and covered an area from Highway 401 in the north, to the Lakeshore in the south and from Yonge Street west to Mississauga. Sections of North York were also without power.

The Toronto Transit Commission had cancelled some west-end subways because of the blackout but service has since resumed.